A Lebanese man who runs a criminal syndicate in Nigeria has pleaded guilty in court. 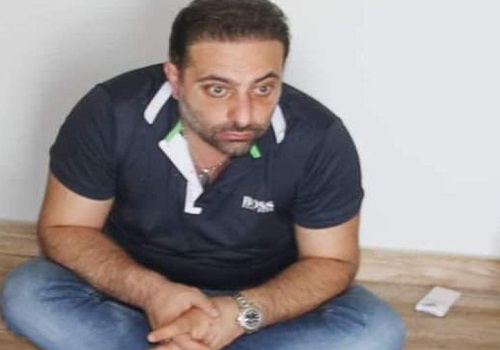 Koudeih
A Federal High Court has sentenced a criminal from Lebanon to one year in prison.
The court which sat in Lagos sentenced the Lebanese cyber criminal, Hamza Koudeih, to one-year imprisonment or a fine of N1million in lieu of jail.
Justice Tijjani Ringim, who convicted him, also forfeited Koudeih’s N100million to the Federal Government
The N100m was hidden in the bank account of CHK Property Investment Ltd.
Also forfeited were the convict’s luxury Mercedes Benz GLE43 SUV with Chassis Number: HJGEDGEBXHA063213,
two iPhones and a HP Desktop computer.
The judge handed down the judgment after upholding a plea bargain agreement Koudeih entered with the Economic and Financial Crimes Commission (EFCC).
The sentence was in accordance with the terms of the deal.
The EFCC arraigned 2nd defendant Koudeih in November last year alongside his Nigerian co-defendant Kayode Philip, alias ‘Voice of the King’.
They pleaded not guilty to a charge of engaging in cyber fraud and attempting to retain the sums of $6million and £1million in the Bank of China.
The EFCC said they also “knowingly engaged in computer phishing and spamming which resulted in acquiring sensitive information” from various emails.
Read Also: Teenager docked for alleged robbery in Kano
Koudeih, who was out on bail, on August 24 sought and failed to obtain leave of the court to return to his country to see his psychiatrist.
He then approached the EFCC and indicated his intention to change his plea.
On Wednesday, September 9, he struck a deal to plead guilty to the offence of phishing in exchange for a less severe sentence.
EFCC counsel, Mr Rotimi Oyedepo presented the terms of the bargain before the judge on Thursday, pursuant to Section 270 of the Administration of Criminal Justice Act (ACJA), 2015.
As part of the deal, Koudeih entered into a bond with the EFCC “to be of good behaviour and never to be involved in any form of economic and financial crimes both within and outside the shores of the Federal Republic of Nigeria.”
Upholding the application, Justice Ringim held: “I have listened to the submission of the prosecuting counsel Rotimi Oyedepo on the plea bargain agreement between the 2nd Defendant and the commission.
“The same agreement is hereby entered as the judgment of this court.
“The sum of one hundred million naira, a white coloured Mercedes Benz GLE43 and HP Laptop are hereby forfeited to the Federal Government of Nigeria.
“That is the judgment of this court.”
According to the EFCC, Koudeih is an associate of Internet celebrity, Ismaila Mustapha, alias Mompha, but Mompha described the claim as false.
Following Koudeih’s conviction and sentencing, Voice of the King was re-arraigned on an amended 19-count charge.
Part of the counts includes that he “knowingly engaged in computer phishing and spamming which resulted in acquiring sensitive information” from various emails.
He was said to have been found in possession of electronic spamming tools such as MailListFetcher.exe;Tunnelier.exe; spamassassin.exe; Fast Email Extractor.exe; and AtomicMailSender.exe.
The defendant also had illegal possession of various credit cards issued by JP Morgan Chase; Chase Bank of the United States of America; American Express; and Wells Fargo.
The defendant, according to the EFCC, also procured Dakota Entertainment Ltd and Influx Computer and Hardware Ltd, for N11mllion and N19.25million, respectively.
The EFCC said the funds were proceeds of fraud.
The anti-graft agency said he acted contrary to the provisions of the Money Laundering (Prohibition) Act 2015; as well as Section 27(1)(b) of the Cybercrimes (Prohibition, Prevention, etc) Act 2015.
Top Stories