According to Reno, the former President is an honourable man and cannot defect to APC. 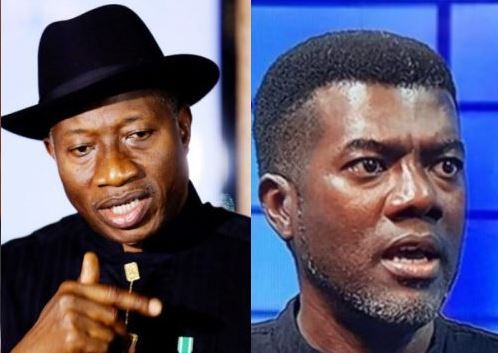 Reno Omokri has reacted to reports of the immediate-past President, Goodluck Ebele Jonathan defecting to the ruling APC.

A Twitter user had asked Reno to clarify on the rumor.

God forbid that such a thing should ever happen. However, if it should happen (it will NOT!), is it on Twitter you will see it or CNN? This man is more than a honourable man. He is a specimen of a gentleman. He is 63 years old and throughout his life he has only ever been in one party.

The best judge of future behaviour is past behaviour. APC celebrates when even a councillor joins their useless party. How will a former President, especially one with the juice that HE Jonathan has, join that contraption of backwardness, and you will not see APC dancing naked for joy? God gave us common sense. Let’s use it!'' 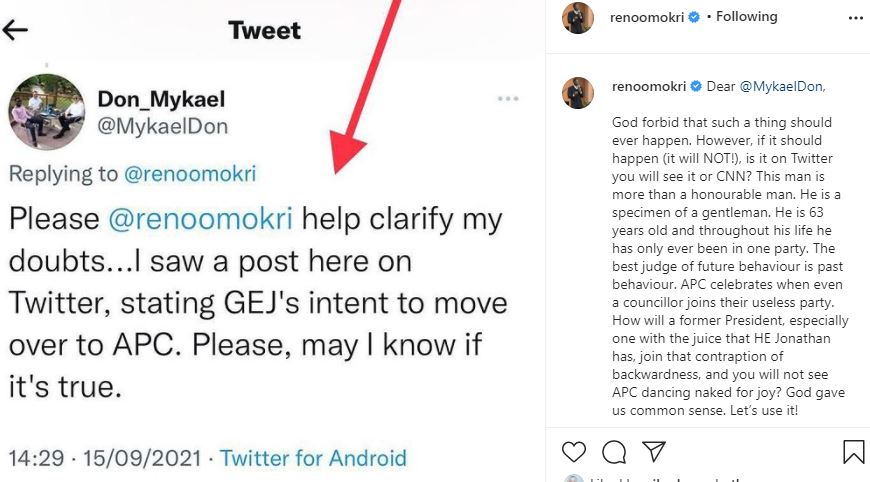