Wakil was declared missing by his wife, who spoke with journalists about the disappearance of her husband. 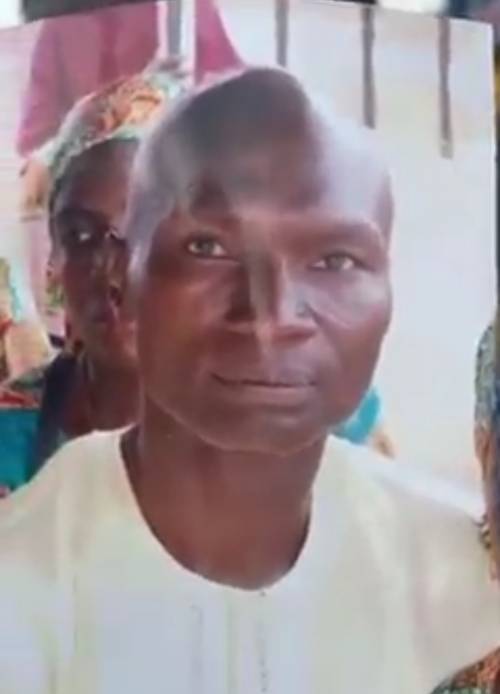 Wakil Ogun Sola, a resident of Ibadan in Oyo State has been declared missing by his family members.

Wakil was declared missing by his wife, who spoke with journalists about the disappearance of her husband.

He reportedly left his home on Monday, September 13, 2021, for his workplace at Odo-Ona Kekere in Ibadan, the state capital. Wakil's whereabouts have been unknown since then.

Efforts by his relations to reach Wakil, also known as Baba Habeeb, on his mobile line were not successful.

SaharaReporters gathered that unsuspecting Wakil left his home around 8:30am on Monday, September 13, 2021 but neither reached his workplace nor returned home.

It was learnt that he boarded a Toyota Micra car expected to convey him to his workplace at Odo Ona Kekere.

But his wife who recounted the incident in tears, said she received a disturbing call from Wakil around 10:12am on Monday and that he informed her he had boarded a vehicle with suspected kidnappers.

She revealed that her husband told her during the conversation that the vehicle he boarded had changed direction, adding that they were currently heading towards Oyo town in Oyo State but his number was later switched off.

"He left home around a few minutes past 8am on Monday for work around Odo Ona Kekere. Around 10:12am, he called me back that he had been trapped and that the taxi 'Micra' he took was currently heading towards Oyo. Since then, we've been calling him but his number has been switched off and it's no longer connecting. We don't know the exact place where he took the taxi," she stated in a video obtained by SaharaReporters.