The officer was seen pouring an unknown white substance on the kneeling Corps member after which she hit her with the bowl. 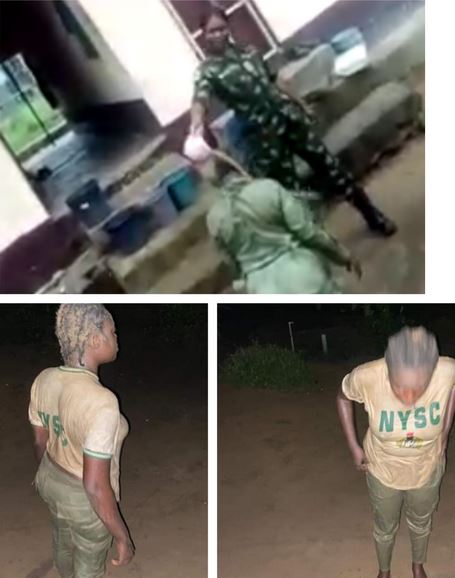 A female Army officer identified as Lt. Chika Viola Anele was caught on tape bathing a member of the National Youth Service Corps (NYSC)  Ezeiruaku Ifeyinwa Fidelia in Cross River with an unknown substance after having an argument.

Nigerian journalist, Agba Jalingo, who shared the video on Thursday said the incident happened at the 13 Brigade headquarters in Calabar.

In the video, the officer is seen pouring unknown white substance on the kneeling Corps member after which she hit her with the bowl.

"JusticeForIfenyinwa. This is what a commissioned female Army officer, Lt. Chika Viola Anele, did to a youth corp member, Ezeiruaku Ifeyinwa Fidelia, serving at the 13 Brigade headquarters in Calabar after having an argument.

We understand that the leadership in 13 Brigade are working to kill the matter. Let us make the officer very popular for all the wrong reasons. Share the video until it gets to the Chief of Army Staff and that Chika girl is brought to book." 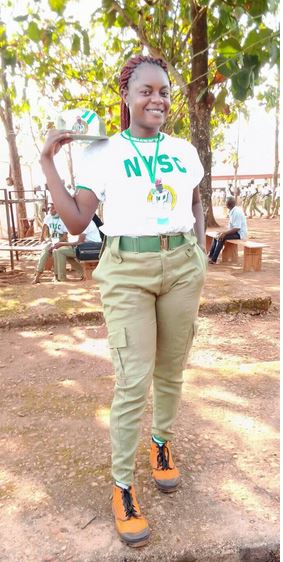 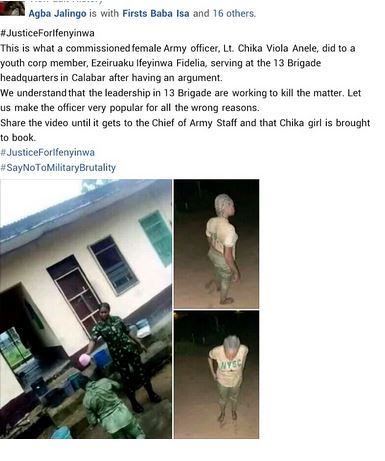