Insecurity: Gumi Should Be Questioned On Links With Bandits – Senator


The lawmaker made the submissions on Wednesday during an interview appearance on Channels Television. 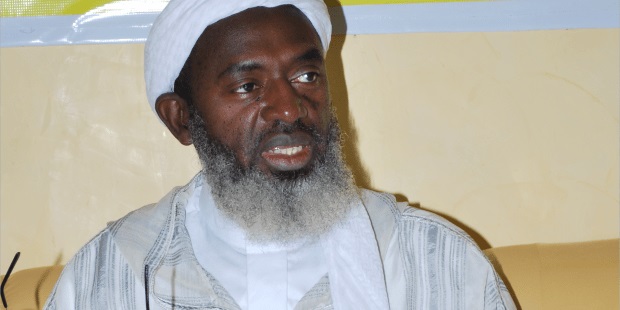 Sheik Gumi
The federal government has been told to question controversial Islamic cleric, Sheik Ahmad Gumi.
The Senator representing Niger East in the National Assembly, Mohammed Sani Musa made the call, saying Gumi should be questioned over his links with bandits in the country.
The lawmaker pointed out that Gumi has severally met with the leaders of the bandits and even openly made demands on their behalf, all pointers to the fact that he knows some things about them.
Musa however wondered why the obvious knowledge of Gumi on the activities and operations of the bandits has not been channelled towards neutralizing them and restoring peace in affected areas.
He, therefore, called on the government and security agencies to turn their searchlights in that area and be “very ruthless” with the bandits terrorizing many parts of the country.
The lawmaker made the submissions on Wednesday during an interview appearance on Channels Television.
He said: “I won’t say we know them (referring to bandits). Just as we said, they have cells and they have a kind of leadership structure in the cell.”
“I recall that one of the renowned Islamic scholars, sheikh Gumi, was at a time going into the forests to be with these people.
“I think somebody like Gumi should be asked how he has contacts to reach these people. And if he can reach these people, why is it that he has not been able to help the government in order to get these people neutralised?”
Senator Musa who reiterated calls for the bandits to be declared as terrorists said in his home state of Niger, there had been relative peace but the military onslaught in Zamfara State is forcing the criminals to flee to neigbouring states and with the development, the bandits are returning to Niger and carrying out their dastardly activities again.
He said with the worsening situation, government has no choice but to be ruthless with the criminals.
“In the last six months, it was very bad. Not until when the new service chiefs came and there was some kind of action, different from what they were doing before. And we had some kind of peace for some time, until now, when the terrorists all went back,” he said.
“It seems they all went back to Zamfara, which seems to be the epicentre of it. So, when they all went back to Zamfara, and the government decided to hit them in Zamfara, they’re now spreading. We had some peace in the last two months, but now, they’re back and they’re very ruthless. So, we also want the government to be very ruthless with them,” he added.
Top Stories