The suspect was said to have been arrested on September 23 at Kabiru close, Idi Oparun bus-stop, Matogun, Agbado, Ogun State. 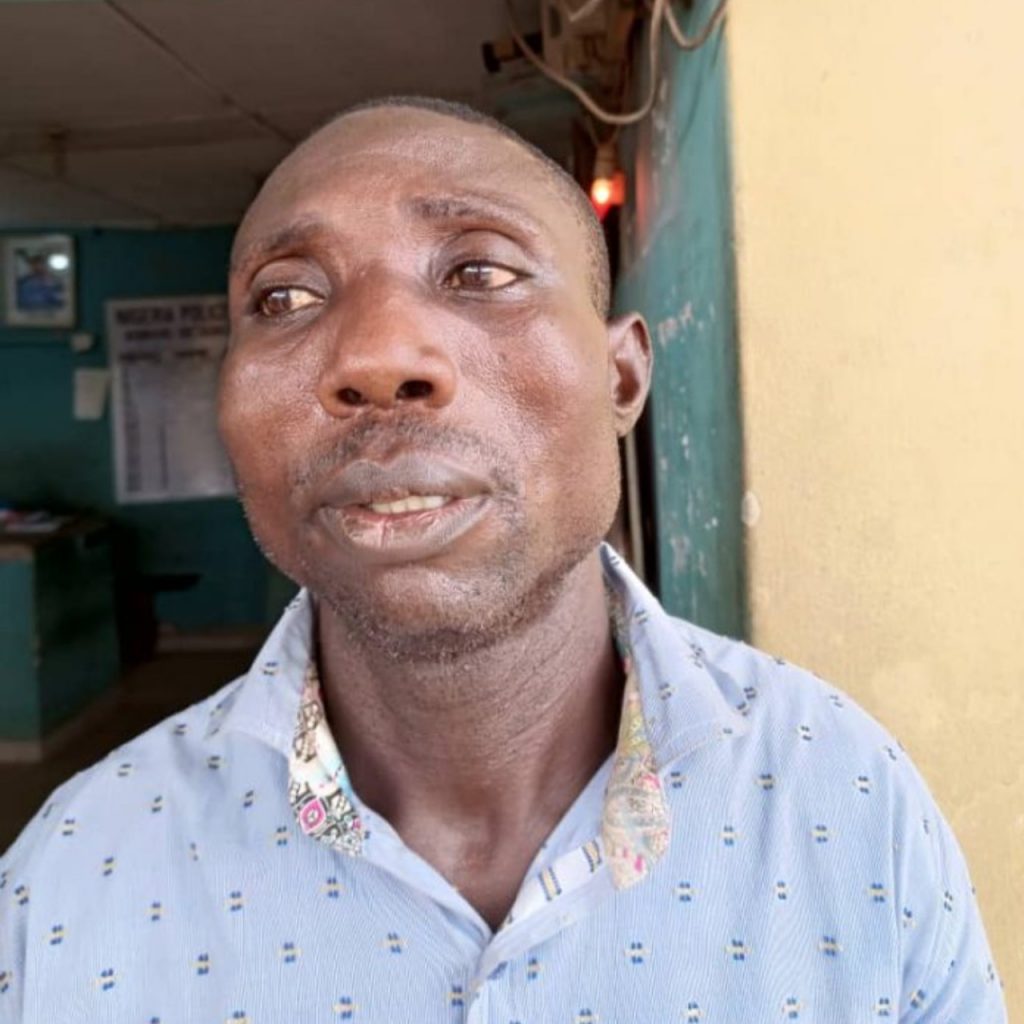 Adebayo Akinrinoye, a 52-year-old man, has been arrested by the police in Ogun State for allegedly defiling his 16-year-old daughter, Daily Post reports.

The suspect was said to have been arrested on September 23 at Kabiru close, Idi Oparun bus-stop, Matogun, Agbado, Ogun State.

In the petition, the daughter had alleged, according to Oyeyemi, that her father had been sexually abusing her for two, since when she was 14.

“She stated further that all her efforts to stop her father from this ignoble act fell on deaf ears, hence her report,” Oyeyemi said.

Acting on the petition, the Divisional Police Officer in Agbado, CSP Kehinde Kuranga, reportedly detailed his men to the scene, where the suspect was promptly arrested.

“During interrogation, Oyeyemi said the suspect confessed to the commission of the crime but pleaded for forgiveness from his daughter,” Oyeyemi said.

The State Commissioner of Police, Edward Ajogun had ordered the immediate transfer of the suspect to family support unit at Ota Area Command for further investigation and prosecution.