Security operatives have apprehended a 27-year-old woman who allegedly beheaded her husband. 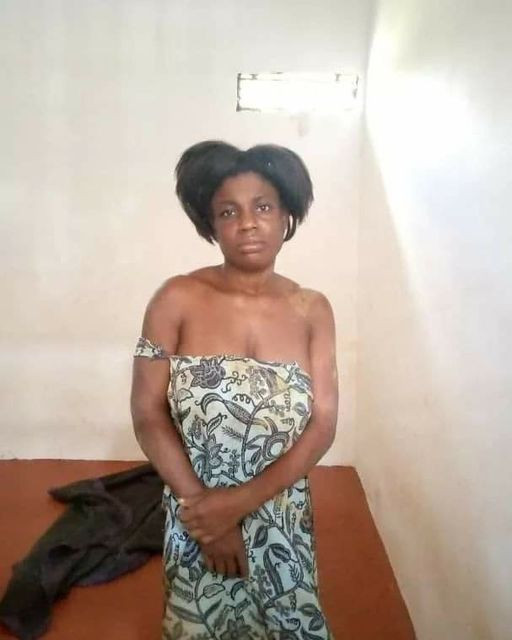 Tetteh
A man has been reportedly beheaded by his angry wife.
It was gathered that 27-year-old Rachel Tetteh allegedly beheaded her husband in Eastern Region, Ghana.
The incident happened at Tei Glover, a farming Community near Akyem Bosuso in the Fanteakwa South District on Sunday, October 3, 2021.
The suspect was arrested by police while the headless body of her husband, Lartey Daniel, 35, has been deposited at the morgue for autopsy.
According to local media reports, a misunderstanding ensued between the couple over alleged cheating.
While the deceased was on his way to the farm, the suspect trailed and allegedly pushed him to the ground and took control of the cutlass to allegedly cut off his head.
The Public Relations Officer of the Eastern Regional Police Command, DSP Ebenezer Tetteh, who confirmed the incident to the media said the police upon receipt of information about the crime at about 7:30 am Sunday, October 3, 2021, dispatched investigators to the scene.
DSP Tetteh said police found the lifeless body of the deceased in ash trousers over a white T-shirt lying dead in a prone position in a pool of blood with a severed head along the footpath to the farm.
Police took inventories of the crime scene and examined the body.
The body was retrieved and deposited at Akyem Tafo Government Hospital Morgue pending autopsy.
The PPRO added that the police proceeded to arrest the suspect and recovered the cutlass she used to commit the heinous crime.
The suspect is currently in police custody assisting with investigation. 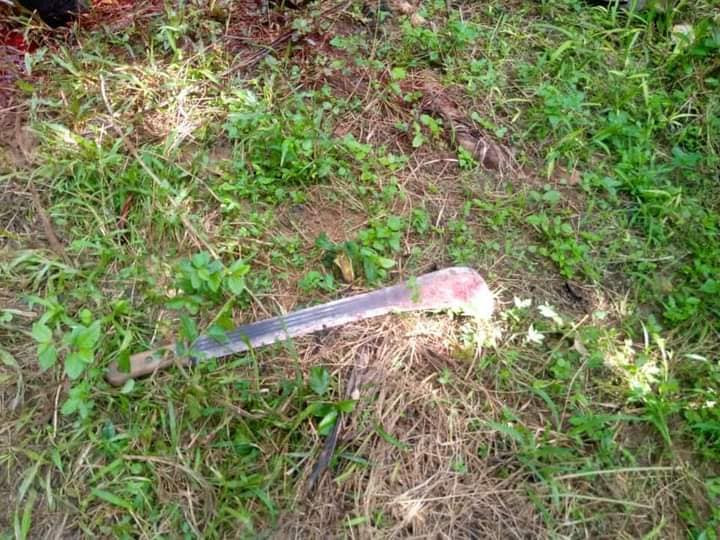