My Money Can't Be From Married Men - Tacha


The reality star corroborated a claim by a Twitter user who stated that she does not get bankrolled by married men. 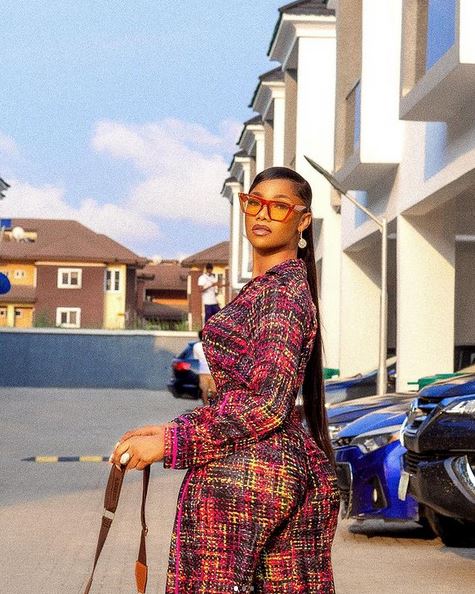 Ex-BBNaija housemate, Tacha has replied to a post that stated that her funds are not gotten from relationships with married men.

A Twitter user had tweeted that nobody can say the reality star's money comes from my married men due to the amount of work she puts into her business.

Tacha corroborated the claim by tweeting "can't be". 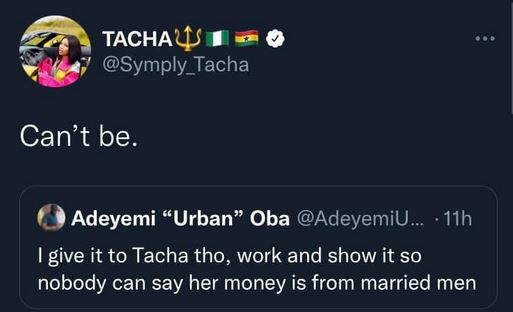