The former housemate asked those criticizing Maria to stop as they do worse low-key. 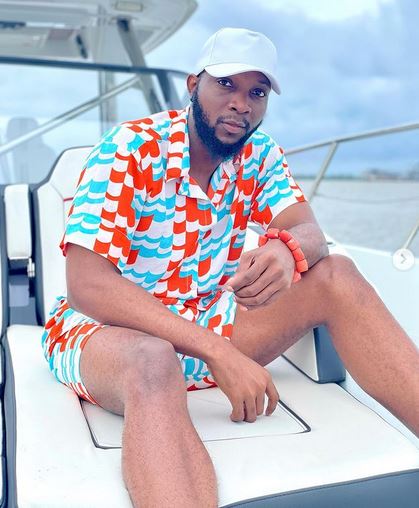 Former Big Brother Naija housemate, Tuoyo has reacted to the husband snatching allegations levelled against Maria which has led to people attacking the reality star.

Tuoyo asked those criticizing Maria to stop as they do worse low-key.

He also averred that "so many people insulting Maria now are plotting ways to steal someone's husband or wife". 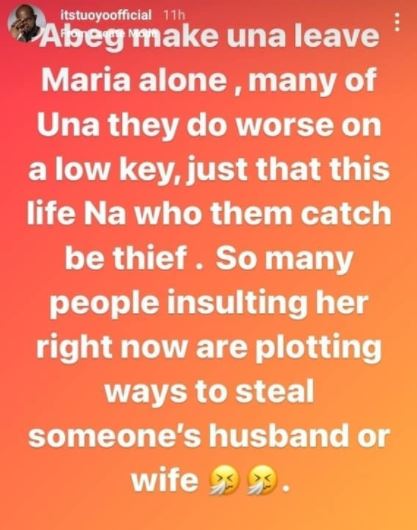