Femi Fani-Kayode had in a Facebook post said Gumi is a venomous snake and a wolf in sheep’s clothing. 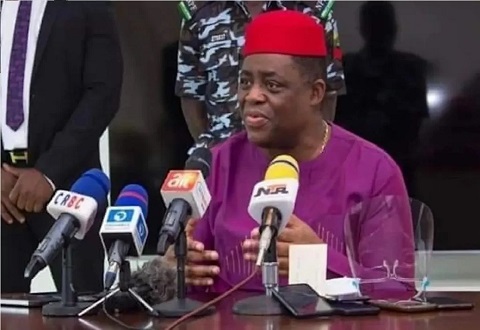 Femi Fani-Kayode
A member of the All Progressives Congress, Femi Fani-Kayode has been blasted by Nigerians after he took to Facebook to condemn controversial Islamic cleric, Ahmed Gumi.
This is over Gumi's alleged support for bandits and terrorists.
Fani-Kayode had in a Facebook post described Gumi as a venomous snake and a wolf in sheep’s clothing for kicking against calls by Nigerians urging President Muhammadu Buhari to designate bandits as terrorists.
“Sheik Ahmad Gumi, the Rasputin of Arewa, whose father once said a Christian must not rule Nigeria & who himself said the FG must not declare the killer bandits as terrorists is worse than Abubakar Shekau & Al Barnawi.
“He is a venomous snake & a wolf in sheep’s clothing”, Fani-Kayode posted.
The post, however, triggered a backlash from Nigerians who stormed the comment section to lambast the former minister for calling out Gumi while supporting President Buhari’s government.
Some of the commenters, who sensed that he is beginning to go against the All Progressives Congress, APC, government, lamented his unstable nature, stressing that he is no longer receiving benefits from the part.
Recall that since his defection to APC recently, FFK has been dinning with some of the party’s stakeholders as he constantly boasts about dinners and lunch on his social media handles.
Below are some of the reactions:
SomtoChukwu: “Food don finish for house, you wan come hustle for another food. FFK zukwanu Ike! You are building bridges with terrorist in government while he is building bridges with the terrorists in forest. Two of una na spokesperson serving the same cause”.
Augustus Chinedu: “I won’t be surprised to see you in Gumi’s dinning table eating ewedu and semo in the nearest future.
Continue Oga short fuse”.
Eferebo Ibietela: “Oga, you said worst things about PMB, we no longer take you seriously because this is your trade. Don’t drag our emotions into your trade, please”.
Benny Adindu: “This one you are calling out Sheik Gunmi, do you still want him to include you in his own bridge building? Oga build your own, let him build his own.
“While you build with terrorists in government, he is building with terrorists in the forest. What we all can agree on is that one day, both bridges will definitely collapse”.
Dos Santos: “That’s how you once said about Buhari but after Yahaha Bello & Zamfara Governor, Matawalle offered you food, you became the defender of Buhari. And betrayed your brothers, Sunday Igboho & Nnamdi Kanu.
“If Sheik Gumi calls you for food, you will become his praise singer. The reason you posted this is for Sheik Gumi to recognize you and invite you for food”.
Jac Adonis: “We don’t trust you anymore. Tomorrow you will go to his house or he will come to your house. You will call brother and dine with him. Yes know that he’s backing bandits and terrorists.
Top Stories