Recall that the billionaire businessman, Obi Cubana was allegedly arrested for money laundering and tax fraud. 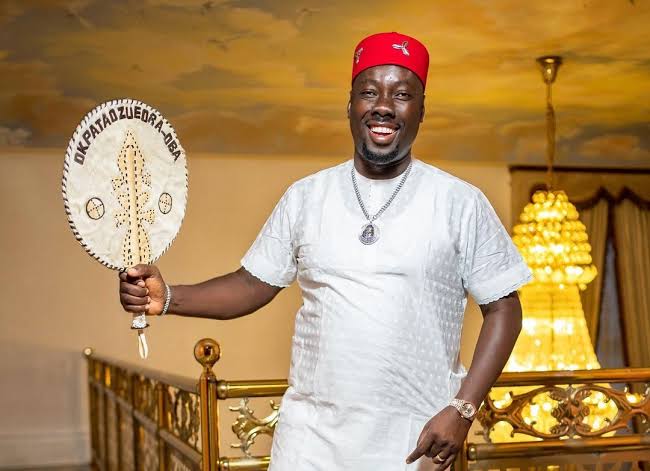 Obi Cubana
Economic and Financial Crimes Commission has confirmed that billionaire businessman, Obi Cubana is in its custody.
However, the anti-graft agency clarified that Obi Cubana, whose real name is Obinna Iyiegbu was not arrested but was invited by the agency.
Recall that the Punch had reported that the billionaire businessman, Obi Cubana was arrested for alleged money laundering and tax fraud.
It was learnt that Obi Cubana arrived at the office of the commission in Abuja on Monday afternoon and was being questioned by operatives of the anti-graft agency
Speaking to BBC Pidgin, the anti-graft agency revealed that the businessman was not arrested as widely reported.
The EFCC stated that the socialite was invited two weeks ago but only showed up yesterday, 1st November.
“We did not arrest Obi Cubana. We had invited him over to our office two weeks ago, which he only showed up yesterday around 11am in our office at Wuse Zone 6 Abuja”
They also noted that they were investigating Obi Cubana for evasion of tax by the Cubana Group with money laundering and abuse of the naira in public places
On Monday, 1st November, the reports of the arrest of billionaire businessman, Obi cubana on social media and news platforms sparked serious conversations amongst Nigerians.
Top Stories