The structure located at 20, Gerrard Road went completely down at about 2:45 p.m on Monday, causing unrest in the area. 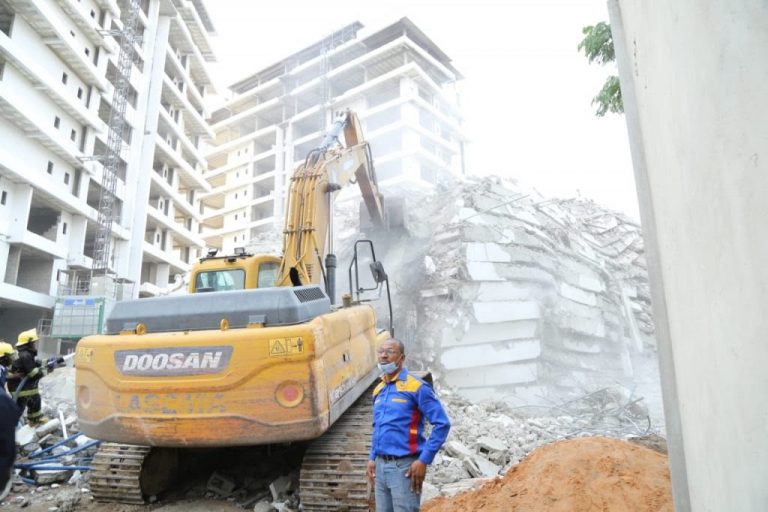 The News Agency of Nigeria has revealed that the owner of the collapsed 21-storey building in Ikoyi has been arrested.
The report revealed that his arrest came after the Lagos State Government confirmed that it only gave approval for the contractor to construct only 15 floors, but they went ahead to construct 21 floors.
General Manager, Lagos State Building Control Agency (LASBCA), Gbolahan Oki made the disclosure in a chat with the News Agency of Nigeria (NAN).
The structure located at 20, Gerrard Road subsided at about 2:45 p.m on Monday.
Oki announced that the owner has been arrested and would be prosecuted.
“The materials he used for the reinforcement are so terrible. He got approval for 15 floors but built 21. He has been arrested,” he said.
The official added that so far, four people have been rescued alive and three bodies recovered. Rescue efforts are continuing.
Dozens of people were at the site when the incident occurred. The construction was to end in 2022.
Top Stories