Wycliffe Ombede, attached to Langas Police Station in Eldoret has now been charged to court. 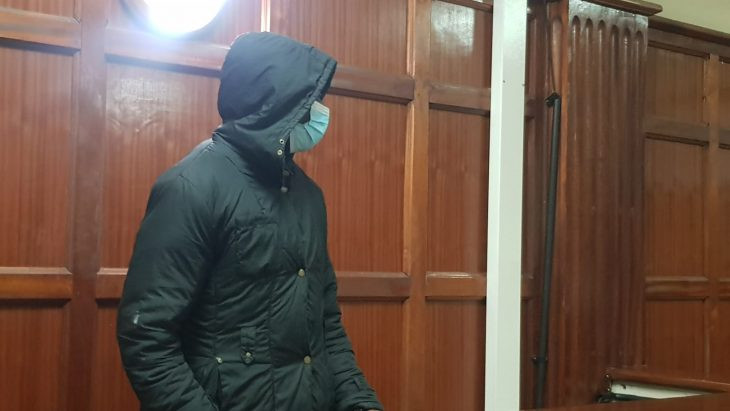 Ombede
An angry police officer who threatened to end his ex-wife's life has been arraigned in court.
The 35-year-old Kenyan police officer has been charged with threatening to kill his ex-wife and her husband if they don’t separate.
Wycliffe Ombede, attached to Langas Police Station in Eldoret, is charged that on December 22, 2020, he threatened to kill Grace Terezy Malalo by saying “I will kill you today, say your last words to your mother before I kill you”.
He is also charged with threatening to kill Paul Makaso Malalo by uttering the words “I will kill you today”
According to the police cover report tabled in court, the complainant entered into a relationship with the accused in 2010.
The accused was then a police officer attached to Lunga Lunga police station within Kwale County while the complainant was a student at KMTC Karen campus.
It’s alleged that the accused was catering for the complainant’s school fees as well as her father.
They continued with the relationship and they both were blessed with a baby boy in 2015 while Wyliffe was married to another woman whom they had two children.
"As the relationship deepened between the accused and the complainant, the accused divorced his wife to give way to the complainant to be officially married to him,” the report said.
After divorcing his wife, the accused moved in with the children from the first wife to the complainant’s residence in Ngong and instructed the complainant to stay with them as their mother.
"With mutual understanding between the accused and the complainant, the two acquired birth certificates for the two sons of the first wife in the name of the complainant as their biological mother,” the report continued to say.
During their marriage, the accused is alleged to have been harassing and beating the complainant seriously until she left him and took her son to her parents in Taita while the accused took his two sons.
After completing college at KMTC in 2020, the complainant was employed by Kenyatta National Hospital as a nutritionist.
As she continued with her job, she met her ex-fiancee by the name John Mbugua whom they met and dated for a while at KMTC.
The two rekindled their relationship and moved to Kahawa Sukari and got married in February 2021.
When the accused found out about the new husband, he started calling him and threatening to kill the wife if he does not leave her.
Wycliffe pleaded not guilty before Chief Magistrate Wendy Micheni and was released on a cash bail of Ksh100,000.
The court has also ordered the accused not to go near the complainant or to her place of work.
Top Stories