He Inflicted Severe Pain On Me - Mother Of Slain Boko Haram Leader, Abubakar Shekau Opens Up


She made this known during an interview with Trust TV, saying she doesn’t know if her child had any offspring. 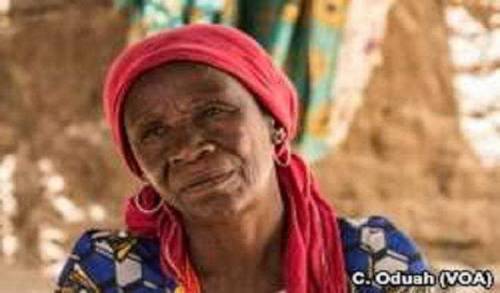 She said her child inflicted severe pain on her.

According to her, there is nothing between her and Shekau, whether dead or alive.

Noting that she disapproved of his ways, Falmata said she gave up on him.

She made this known during an interview with Trust TV, saying she doesn’t know if her child had any offspring.

“I gave birth to him and on my own part, that is the only and last thing between us. Whether he is alive or not; we have parted ways.

“I never knew whether he had any offspring. He inflicted severe pain on me. God Almighty will judge between us in the hereafter,” she said.

ISWAP confirmed that Shekau blew himself up after refusing to surrender following the invasion of his hideout on May 19, 2021.

This was contained in a message from Abu Mus’ab Habeeb Bin Muhammad Bin Yusuf al-Barnawi, born Habib Yusuf, leader of the terrorists.

According to HumAngle, al-Barnawi, in an address described Shekau as “the leader of disobedience and corruption.”

He said Shekau’s fighters rejoiced over his death, adding that the former terrorist leader, who took over after the death of Boko Haram founder, Mohammed Yusuf in 2009, was apprehended “in the most humiliating manner.”