A source that confirmed the development said that the decision was to prevent the crisis from degenerating into a full-blown breakdown of law and order. 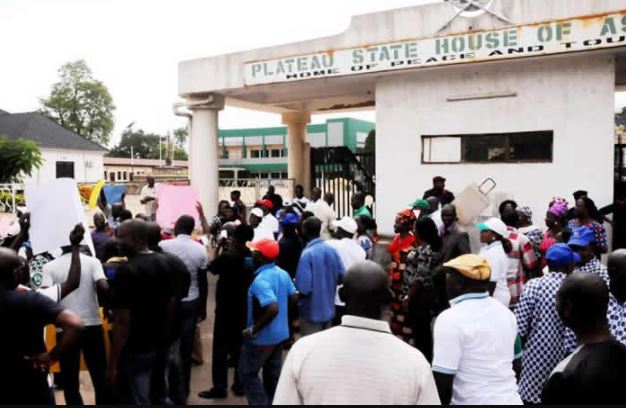 In the wake of the serious crisis rocking the Plateau State House of Assembly over who should be recognised as the authentic Speaker between Ayuba Abok who represents Jos East Constituency and Yakubu Sanda who represents Pengana constituency, the Police high command has sealed the Assembly complex and barred both factions from entering the facility until further notice, according to a report by The PUNCH.

Security sources informed The PUNCH in Jos on Wednesday that the AIG in charge of Zone Four comprising Plateau, Benue and Nasarawa State commands, Mustapha Dandaura gave the order to seal the Assembly complex after visiting Jos to assess the situation on the ground.

A source that confirmed the development said that the decision was to prevent the crisis from degenerating into a full-blown breakdown of law and order.

The source said, “The AIG visited Jos yesterday(Tuesday) for an on-the-spot assessment of the situation. In his wisdom, he said the best thing to do for now is to seal off the Assembly until further notice.”

A member of the Assembly, Timothy Dantong who also confirmed the action by the police said that the decision had been communicated to the two contending groups in the Assembly.

According to Dantong who represents Riyom State Constituency, “The impression they have is that we are having a crisis. So, they (police) decided to come and seal the Assembly complex.

“We are aware that the AIG gave the order that none of the factions should come into the Assembly complex for now until everything is sorted out.

“We are also aware that he is going to mediate in the matter and have a meeting with us to hear the grievances and see if we can resolve the matter before normal plenary will start again to avoid any crisis.

“We are aware that he has visited Government House but we didn’t see him visiting us. So, we waited and we are still waiting up till this morning (Wednesday) without seeing anybody. All we are saying is that we cannot allow illegality at the Plateau State House of Assembly on who becomes the Speaker.”