Uche stated that he doesn’t believe Obi Cubana was wrongfully arrested since the businessman is not above the law. 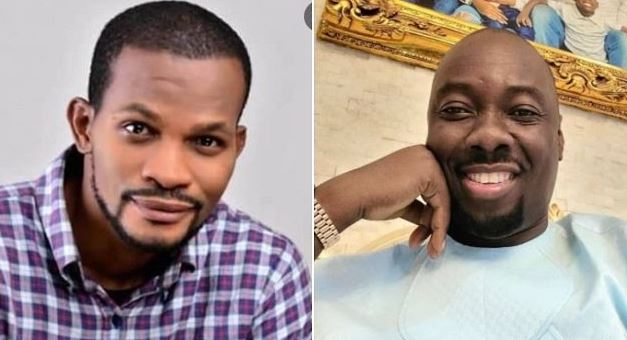 Recall that news had broke out that Obi Cubana has been released, just a day after his arrest on money laundering allegations.

However, recent reports has stated that the nightlife entrepreneur is still in the custody of the Economic and Financial Crimes Commission (EFCC), in the Federal Capital Territory.

But even so, actor Uche Maduagwu has said that he doesn’t believe Obi Cubana was wrongfully arrested, since the businessman is not above the law. He also advised people to note that, not all that glitters is gold.

While taking to his official Instagram page, he wrote;

“Nobody is above the LAW. Not even Obi Kunu. So many celebrities criticized Me for always asking Hushpuppi Back then his source of overnight WEALTH But today where is he?

I would rather drink Garri than hang out With billionaires or millionaires Whose source of wealth i Do not know. Not all that glitter is gold” 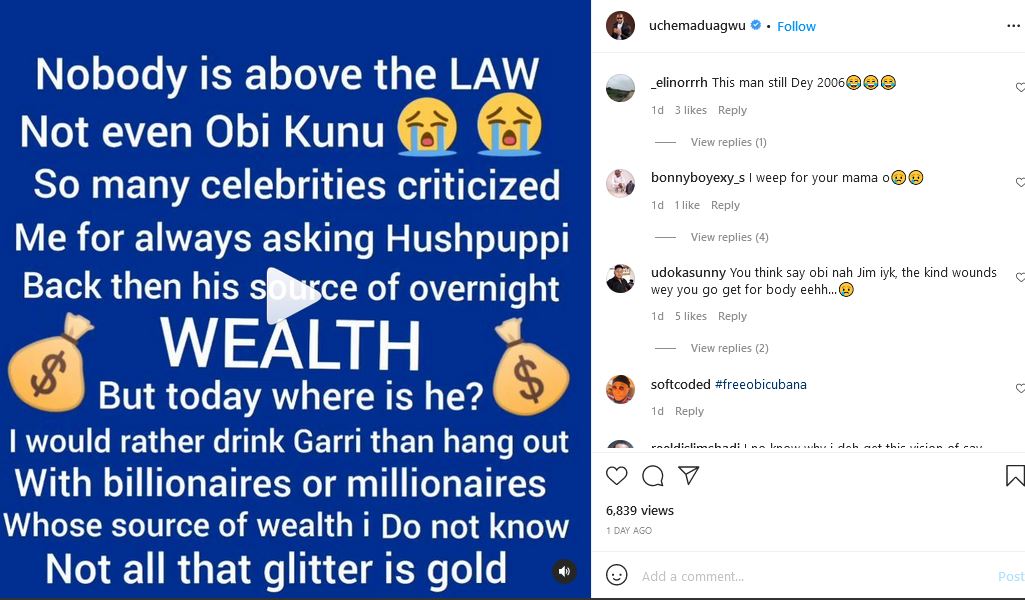