The Police paraded the suspected kidnapper’s corpse at the police headquarters in Ado Ekiti. 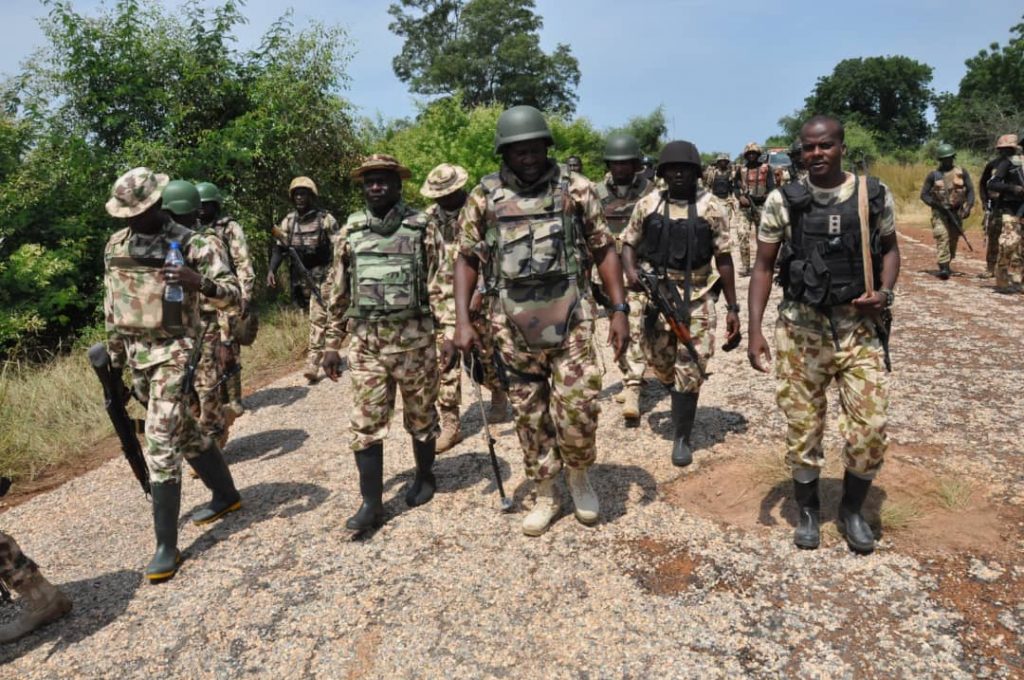 A kidnapper has died during a gun duel with security operatives inside a forest in Ekiti state.
The suspected kidnapper was killed on Thursday morning in a sprawling forest around the Ekiti and Kwara border.
A source revealed to journalists in Ado Ekiti that the suspected abductor was killed by soldiers, police and a local security task force belonging to the Fulani extraction called Yan Banga, set up by the Sarkin Fulani in Ekiti, Adamu Abashe, inside a forest at Eruku, in Kwara State.
The security forces were said to have laid ambush for a kidnapping gang at the point of payment of a sum of N2.1 million ransom for an abducted Fulani man and chased them after collecting the money until they shot the suspect dead.
The Police paraded the suspected kidnapper’s corpse at the police headquarters in Ado Ekiti.
The suspect, who was shot dead after being chased inside the forest covering several kilometres, was one of the gangs of abductors terrorising Ikole, Ekiti East and Oye Local government areas of Ekiti State in recent times.
“The joint security forces chased the bandits inside the forest from 10pm on Wednesday till around 2am on Thursday. There were exchanges of gunshots.
“At a point, the police and soldiers had retreated but the Yan Banga task force didn’t relent until they shot the one carrying an AK 47 rifle. A sum of N210,00 was found inside the pocket of the dead suspect”, he said.
The Secretary of Gan Allah Fulani Development Association of Nigeria, Ekiti chapter, Ibrahim Toyin Mumini, suggested that the composition of security forces be expanded as it remains the best way to tackle insecurity in Ekiti.
Top Stories