UK Approves COVID-19 Pill for Treatment of the Deadly Disease


The Medicines and Healthcare products Regulatory Agency (MHRA) recommended on Thursday that the drug, molnupiravir. 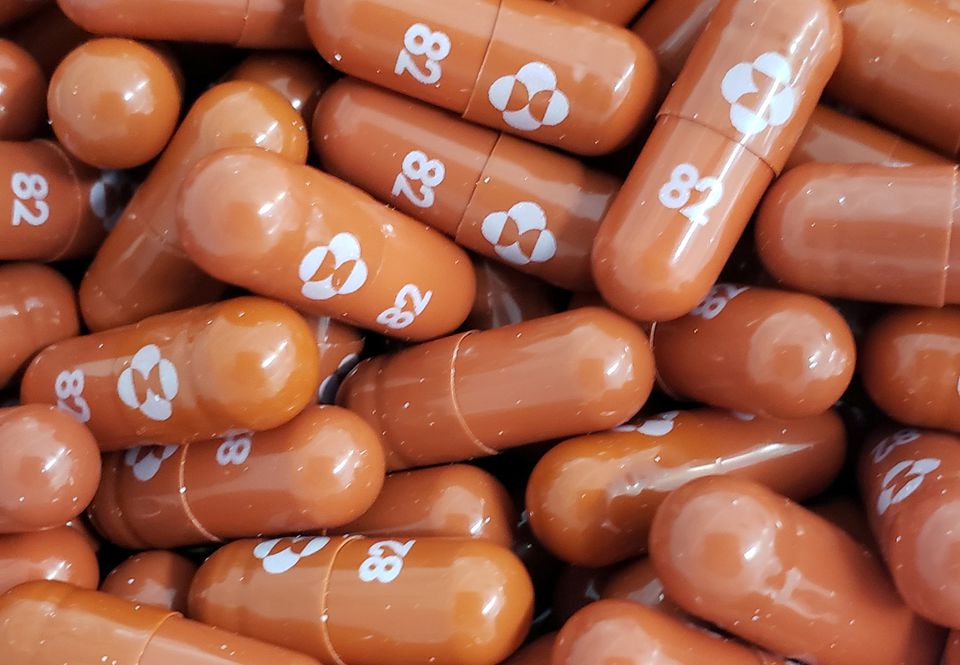 An antiviral COVID-19 pill has been approved by the United Kingdom.
The pill was jointly developed by Merck and Ridgeback Biotherapeutics.
The Medicines and Healthcare products Regulatory Agency (MHRA) recommended on Thursday that the drug, molnupiravir, be used as soon as possible following a positive COVID-19 test and within five days of the onset of symptoms, citing clinical data.
This is the first oral antiviral treatment for COVID-19 to be approved, marking a boost to the fight against the pandemic, with the green light coming before potential regulatory clearance in the United States. US advisers will meet this month to vote on whether molnupiravir should be authorised.
Treatments to tackle the pandemic, which has killed more than 5.2 million people worldwide, have so far focused mainly on vaccines. Other options, including Gilead’s infused antiviral remdesivir and generic steroid dexamethasone, are generally only given after a patient has been hospitalised.
Merck’s molnupiravir has been closely watched since data last month showed it could halve the chances of dying or being hospitalised for those most at risk of developing severe COVID-19 when given early in the illness.
The drug, to be branded Lagevrio in the UK, is designed to introduce errors into the genetic code of the virus that causes COVID-19 and is taken twice a day for five days.
Molnupiravir is also being studied in a late-stage trial for preventing infection.
Viral sequencing done so far has shown it is effective against all variants of the coronavirus, Merck has said, including the highly infectious Delta strain.
The UK government and the country’s National Health Service (NHS) will confirm how the treatment will be deployed to patients in “due course”.
Last month, authorities agreed a deal with Merck to secure 480,000 courses of molnupiravir.
“We are working at pace across the government and with the NHS to set out plans to deploy molnupiravir to patients through a national study as soon as possible,” Health Secretary Sajid Javid said in a statement shared on Twitter on Thursday.
Top Stories