And Mcmanaman believes the France International should leave United and join Real Madrid for the good of his career. 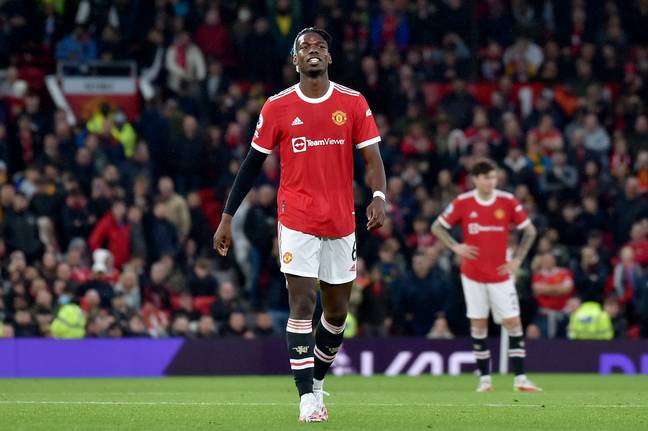 Both Real Madrid and Paris Saint-Germain are interested in Pogba whose Man United contract runs out in the summer and will be free to sign a pre-contract agreement with foreign clubs from January 1.

The 28-year-old is looking a shadow of the player he was last season.

And Mcmanaman believes the France International should leave United and join Real Madrid for the good of his career.

“It’s an easy move for Real Madrid to take him. You’re getting him on a free so you’re really not taking much of a gamble,” he told Horseracing.net.

“So you take into account what you have in the team -they’ve got Luka Modric who’s 36, Toni Kroos is into his thirties, Casemiro will be 30 in February.

“That’s what you’re looking at. Of course, you’ve got a number of players in and around the squad as well. I don’t think it would be a big issue to bring Pogba in.

“Is he playing well enough at the moment? No, of course not. That’s an easy thing to say.

“He was poor when he came on against Liverpool, against Atalanta he was really slow and got caught lots of times so his form hasn’t been good enough to walk into a Real Madrid team.

“I don’t know whether the current United team plays to his strengths but if he goes to Real Madrid, they might. And if he’s got Mbappe or Erling Haaland in front of him he could still be an absolute superstar there.”