According to the popular media outlet, Nengi is the latest BBNaija female housemate to have an affair with the singer. 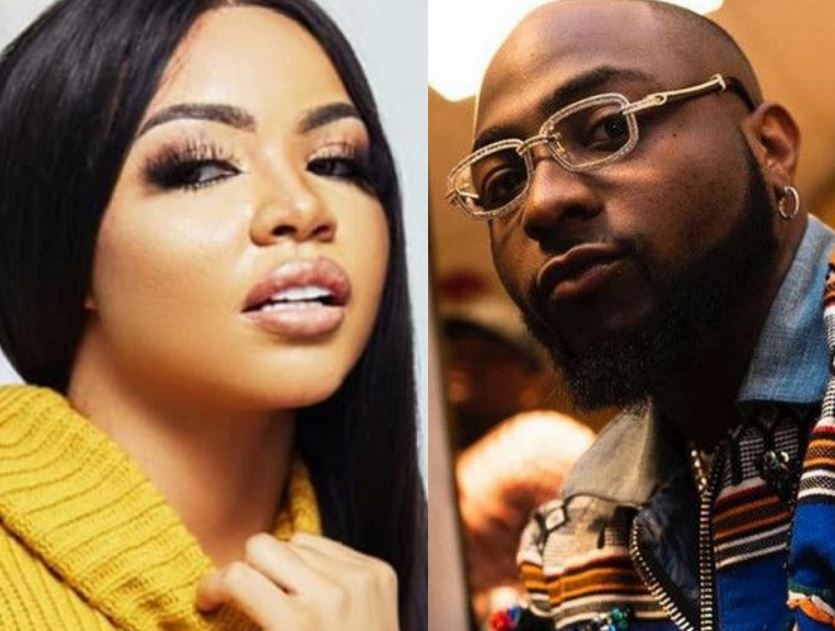 According to Gistlover via a post on its platform, Nengi is the latest BBNaija female housemate to have an affair with Davido. 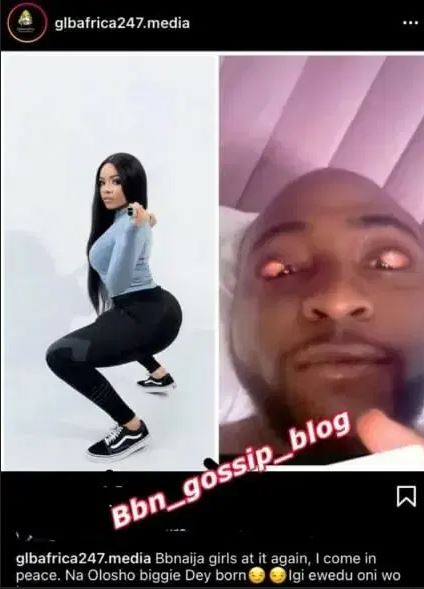 Reacting to this, Nengi’s fan base who are popularly known as the Ninjas, shared their excitement that their mentor is being linked with Davido.

According to some fans, a WhatsApp group has been created to serve the purpose of updating fans on Nengi’s relationship with Davido. 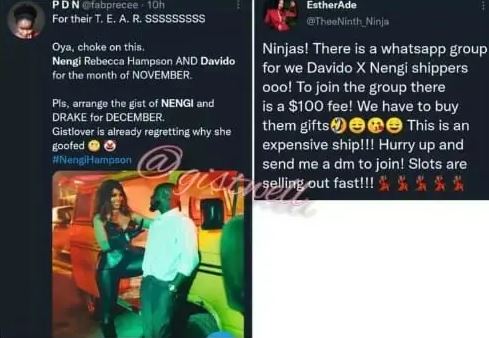