According to him, if he is rich, does he have to give all his money to the less-privileged. 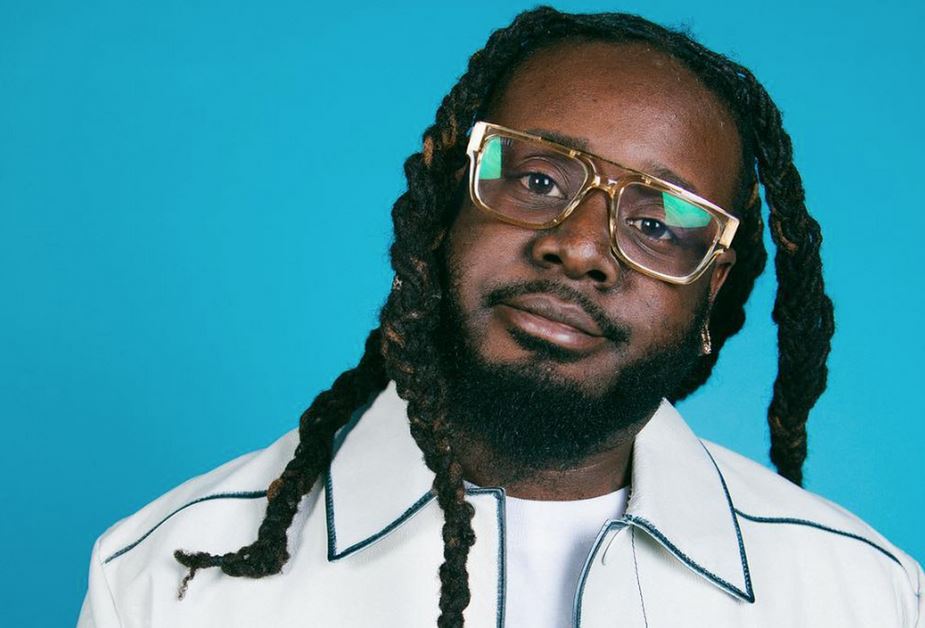 Popular American singer, Tpain took to Twitter to ask an interesting question about the expectations people have of wealthy people.

He tweeted: "So let me get this straight. If I have money, I need to give it away to ppl that don’t have money. But if I DONT have money, I should’ve done a better job at keeping my money? Honest question tho. I’m not being a dick I just see this pattern a lot. What’s the thought process?" 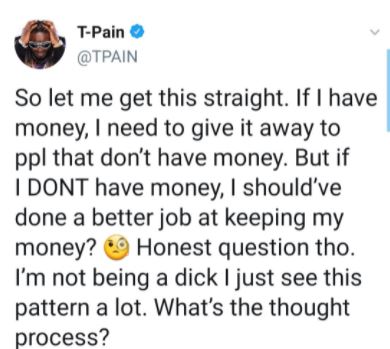 He added: "Just to be clear my question had nothing to do with taxes or politics lol y’all wild."

“TPain’s car gets repoed”: nigga you broke again?! Why don’t you just save your money and stop buyin shit you don’t need

NIGGA YOU COULDA BUILT A SCHOOL WITH THAT OR GAVE IT TO ME FOR A CAR I WANT!! 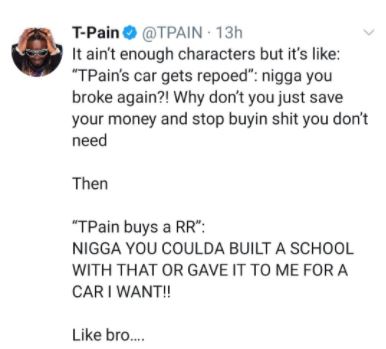