Governor Wike said he was in court to seek justice and clear his name as a person from an alleged malicious publication by THISDAY Newspaper. 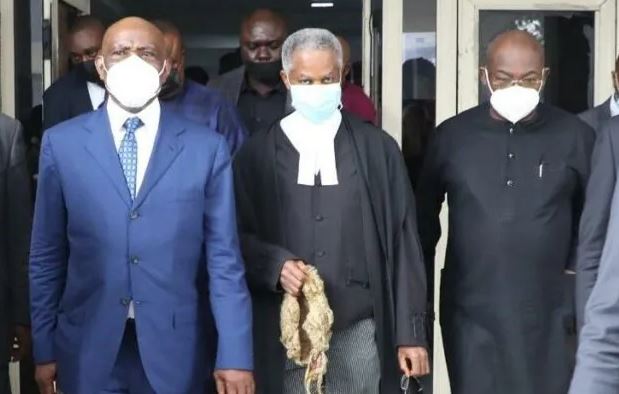 Governor Nyesom Wike of Rivers State on Tuesday appeared before the State High Court in Port Harcourt, to testify as a witness in a N7 billion libel suit against THISDAY Newspaper.

Governor Wike, said he was in court to seek justice and clear his name as a person from an alleged malicious publication by THISDAY Newspaper.

He claimed the paper portrayed him as deceitful, untrustworthy person, who exerts subterranean influences on judicial matters and over court sittings in Port Harcourt.

The defendants in the suit are THISDAY Newspapers Limited, Leaders and Company Limited, Davidson Iriekpan, Chuks Okocha and Adibe Emenyonu.

Wike told Justice A. Enebeli, asserted that the defendants maliciously and falsely portrayed him as an unreliable friend/person.