He said this after Nigerian actress, Ini Edo had a child through surrogacy and refused to disclose the identity of the child's father. 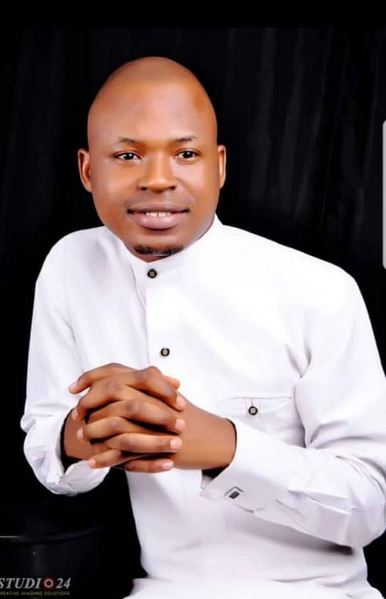 Ossai Ovie Success, an aide to Governor Ifeanyi Okowa has stated that surrogacy without a known father is abnormal.

He said this after Nigerian actress, Ini Edo had a child through surrogacy and refused to disclose the identity of the child's father.

According to Ossai, one has to be careful when using a surrogate because making it known to the public will damage the child's reputation.

Read what he wrote below...

''Surrogacy without a known father is Abnormal

A lot of things are going wrong in our society and we are celebrating it in public but condemning it in private .

I heard she gave birth through surrogate without a known father and people are congratulating her and making it look like she did the best thing.

No matter how wealthy you are as a mother , your child needs a father and should be aware of where his father came from.

I am not against Surrogacy but I am against surrogacy without a known father.

We must also becareful when we are into surrogacy.

Making it known to the general public will end up damaging the child reputation.

So I see no reason why we should let the public known of such thing.

My name is Ossai Ovie Success'' 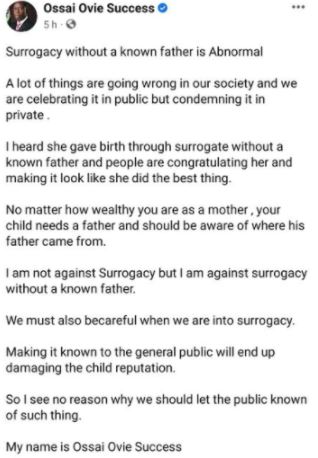