The incident occurred around 9pm at Ijalala Junction on Monday inside the university campus when the couples were heading home. 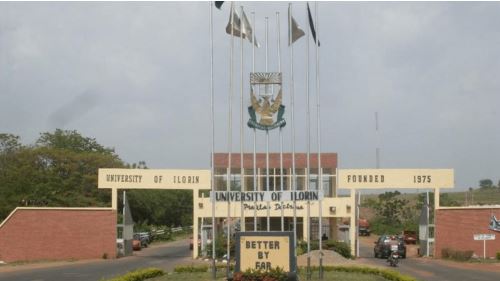 In what will come across as a really startling development, a Nigerian couple and two students have been killed during a car racing contest embarked upon by some students of the University of Ilorin, Kwara State.

According to Daily Trust, the incident occurred around 9pm at Ijalala Junction on Monday inside the university campus when the couples were heading home.

The wife was a non-teaching staff of the university from the Faculty of Communication and Information Science (CIS) whose name was given as Mrs Shakirat, while her husband was said to be a shuttle bus operator within the university.

The accident involved a Toyota Lexus Saloon, the bus and another car driven by another student who is presently at large.

It was learnt that the Toyota Lexus had a head-on collision with the bus resulting in the death of the couple, the driver of the Lexus and another student inside.

The other vehicle they raced with and students inside are still at large.

A National Youth Service Corps member and another student inside the bus were said to have sustained injuries.

A joint release by the president and public relations officer of the university’s Students Union Government (SUG), Toafiq Waliu Opeyemi and Olabode Stephen Opeyemi, respectively, said the unfortunate incident happened as a result of excessive speeding.

The University in a statement by the Director of Corporate Affairs, Kunle Akogun, in a statement, said that the management received the news with sadness.

“We hereby enjoin all vehicle users to strictly abide by traffic rules and regulations, especially as they concern speed limits,” the statement added.