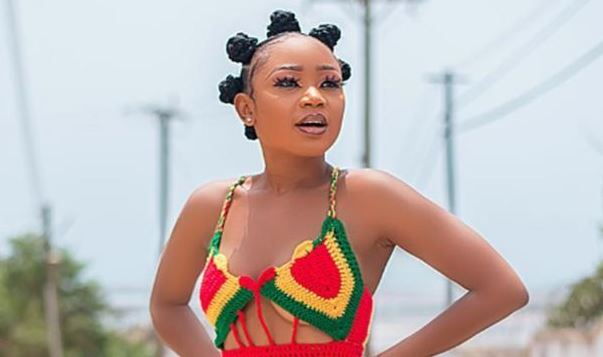 Ghanaian actress, Rosemond Alade Brown, aka Akuapem Poloo, has filed an appeal notice after a court ruled she had to serve her jail term.

Recall that the Ghanaian actress was sentenced by a Circuit Court to 90 days in jail for posing naked in front of her 7-year-old son.

Her lawyers filed a petition and, last week, it was dismissed by a High Court judge, Justice Ruby Aryeetey, who ruled that the 90 days custodial sentence imposed on her by the Circuit Court was not "excessive" and "harsh".

The ruling meant the actress had to go to jail to serve her 90-days jail term.

She took to Instagram after the judge's decision was announced to bid her son farewell and to tell her followers that she will be fine.

However, it appears Akuapem is ready to fight a bit more to stay out of jail.

Her lawyers are requesting a reversal of the dismissal of an earlier petition seeking a non-custodial sentence for the actress by the High Court.