Ilori, 42, was jointly charged with an American Chris Recamier, who is 56 years old. 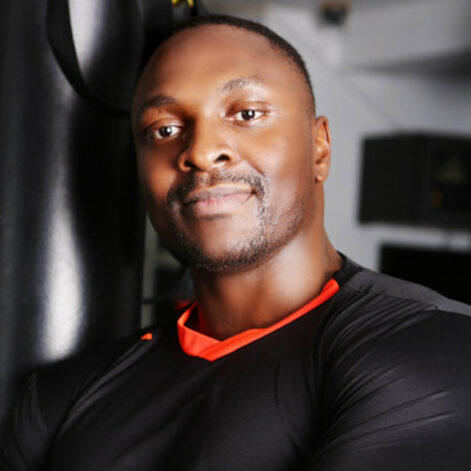 Adedayo Ilori
The United States government has arrested a Nigerian man, Adedayo Ilori for allegedly engaging in $7.5 million COVID-19 fraud.
The sentence carries a 10-year jail term.
Ilori, 42, was jointly charged with an American Chris Recamier, who is 56 years old.
An indictment was filed in Manhattan federal court Wednesdaay charging both men with a fraudulent scheme to obtain more than $7 million in Government-guaranteed loans designed to provide relief to small businesses during the COVID-19 pandemic
Damian Williams, the United States Attorney for the Southern District of New York, and Keith A. Bonanno, Special Agent in Charge of the Department of Justice Office of the Inspector General (“DOJ OIG”) Cyber Investigations Office, announced the indictment.
To benefit fraudulently from the relief available from the Paycheck Protection Program (“PPP”) and the Economic Injury Disaster Loan (“EIDL”) Program, Ilori and Recamier falsely represented to the Small Business Administration (“SBA”) and private lenders that they operated a number of companies.
They used stolen identities and submitted falsified tax documents.
The case filed at the Manhattan court has been assigned to U.S. District Court Judge Mary Kay Vyskocil.
Recamier and Ilori are both in custody.
U.S. Attorney Damian Williams said: “As alleged, Adedayo Ilori has made quite a habit of committing loan fraud.
“While previously facing similar charges in a separate case involving loan and identity fraud – to which Ilori pled guilty in April of this year – he is once again alleged to have committed similar conduct to defraud the SBA and private lenders in an attempt to steal much-needed COVID-19 financial relief.
“Ilori and his co-defendant, Chris Recaimer, now face criminal charges for attempting to steal over $7 million in funds specifically designated to assist small businesses struggling with financial hardships from the worldwide COVID pandemic.”
DOJ OIG Special Agent in Charge Keith A. Bonanno said: “Ilori and Recamier allegedly stole the identities of individuals and companies and fraudulently obtained over a million dollars intended to help those suffering from hardship due to the COVID-19 pandemic. The Pandemic Response Accountability Committee COVID-19 Task Force is dedicated to rooting out these kinds of schemes and bringing the fraudsters to justice.”
According to the Indictment unsealed Wednesday in Manhattan federal court, the Complaint filed against Recamier was made on October 8, 2021.
From at least in or about August 2020 through at least in or about October 2021, ILORI and Recamier prepared to apply, and applied for numerous PPP and EIDL loans.
In applying for these loans, Ilori and Recamier claimed stolen identities of third parties.
In the role of these assumed identities, Ilori and Recamier claimed full control of a number of companies, which they purported, cumulatively, employed more than 200 people and paid more than $3.2 million in monthly wages.
In reality, they did not operate these companies. In submitting these applications Ilori and Recamier, among other things, submitted falsified tax documents that were never actually filed with the Internal Revenue Service.
ILORI and Recamier attempted to obtain over approximately $7.5 million in PPP and EIDL program funds, and successfully obtained more than $1 million as a result of their scheme.
ILORI and RECAMIER transferred the majority of these funds toward (1) cryptocurrency investments, the purchase of stocks, cash withdrawals, and personal expenses.
The investment accounts were also opened by ILORI and RECAMIER in the stolen identities of third parties.
ILORI committed these offenses while facing charges in a separate case filed in the Southern District of New York involving fraud, identity theft, and money laundering in United States v. Ilori, 20 Cr 378 (LJL).
As part of that case, ILORI pled guilty on April 8, 2021, to conspiracy to commit mail and wire fraud and conspiracy to commit money laundering, and is currently awaiting sentencing.
An attorney who represented Adedayo in the bank-loan case said she was not representing him in the COVID-19 relief fraud case and couldn’t comment. She said Adedayo had been arrested several weeks ago for violating the conditions of his bail in the loan-fraud case, but that a new attorney hadn’t yet been assigned for the new indictment which was unsealed on Wednesday.
In court papers, Adedayo said he had gotten involved in the bank-loan fraud scheme through a friend after his personal-training business, called DFine by Dayo Ilori, suffered due to the coronavirus pandemic and him contracting the virus.
Top Stories