A shocking video of a Nigerian man chewing money at a party has left many talking. 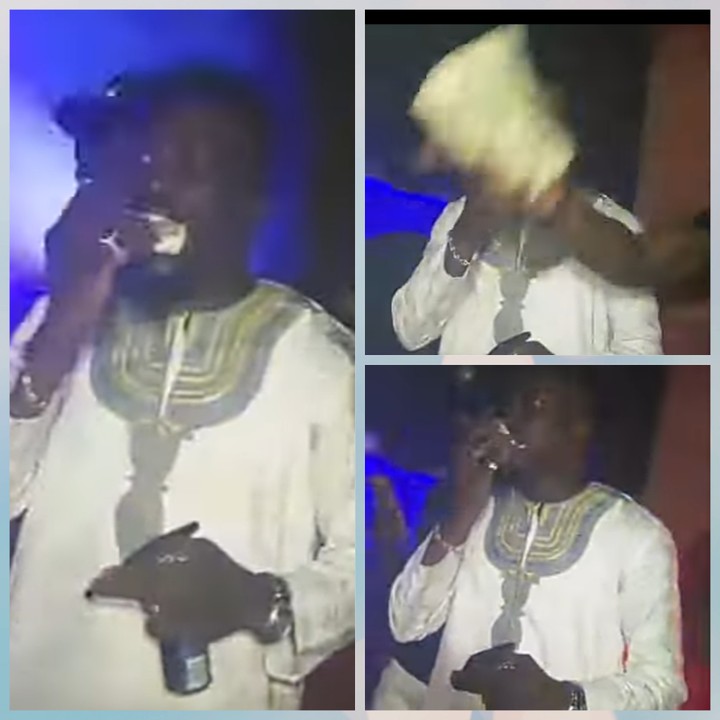 Man chews money
A man has caused a stir online after he was seen chewing money at a club.
The incident it was gathered happened In Nigeria.
The middle aged man who was a guest at a club party shocked people after he suddenly started chewing money while stepping it down with a glass of wine.
He not only chewed the money, he swallowed it all.
Many people alleged that he could be an internet fraudster playing out the task given to him by those who fortify him.
Watch video below:
Top Stories