What Buhari Has To Say About The Late Soun Of Ogbomoso


The late Soun Of Ogbomoso, who ascended the throne in 1973, was 95 years old when he passed on. 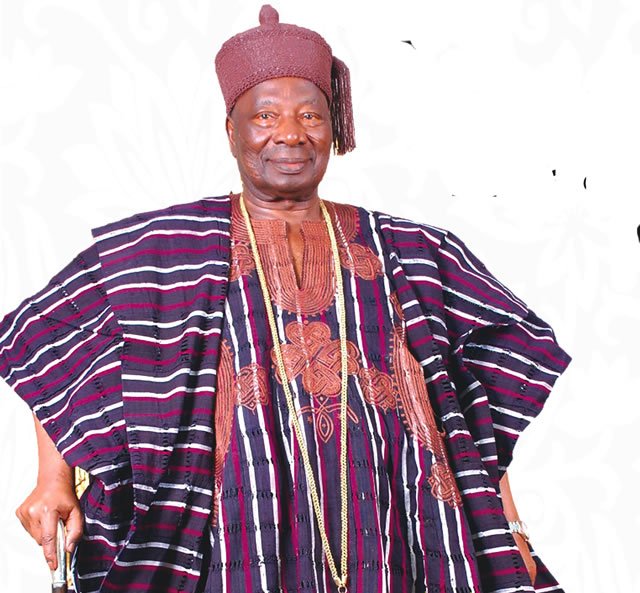 Nigeria's number one man, President Muhammadu Buhari offered his condolences to the family of the Soun of Ogbomosoland, Oba Oladunni Oyewumi, Ajagungbade III following the death of the first-class monarch on Sunday.

Soun Of Ogbomoso, who ascended the throne in 1973, was 95 years old when he passed on.

A statement by Special Adviser to the President on Media & Publicity, Femi Adesina on Sunday quoted Buhari as saying the late monarch would be remembered for his wise counsel.

It said, "The President commiserates with the Government and people of Oyo State and especially the indigenes of Ogbomosoland on the demise of the frontline traditional ruler whose reign of 48 years reinforced the town as a land of peace, accommodating and a bastion of history and tradition.

"President Buhari also joins the Oyo State Council of Obas in mourning the First Class Traditional ruler, who will forever be remembered for his counsel and commitment to the unity and harmony within their ranks.

"He urges sons and daughters of Ogbomosoland to be consoled with the fact that Oba Oyewumi accentuated his reign with the development and progress of the community through enduring peace and extension of hands of fellowship to peoples of other lands.

"President Buhari prays that Almighty Allah will repose his soul."

"It will soon be announced officially," a source said.