He also stated that he dislikes being labelled as g*y because he has yet to declare his sexuality. 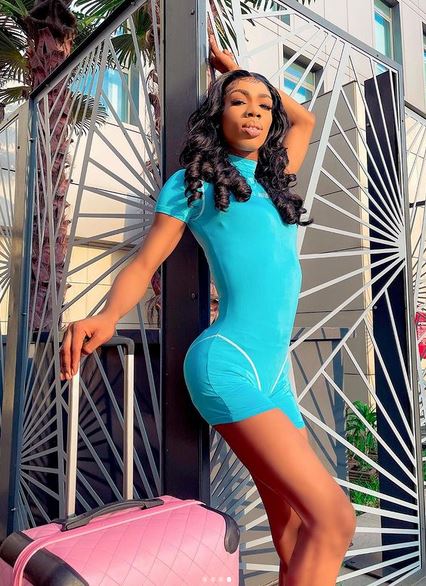 Controversial Nigerian crossdresser, James Brown has stated that being g*y is not a crime or a flaw.

During an interview with Hip TV, the dancer asserted that the g*y lifestyle is practiced by many people in the United States and is not against the law.

He also stated that he dislikes being labelled as g*y because he has yet to declare his sexuality.

James Brown also divulged a bit about his family, revealing that he doesn’t speak to his mother because of the way she directs her rage at him.

As he puts it;

”I talk to my dad, but I don’t talk to my mother. I won’t call her a wicked woman but she never cared about me. She sees my dad in me because they used to have this personal conflict. So anytime I am always around her, she sees me as my dad and always aggressive around me. Because of that, we don’t have a good relationship. I was traumatized growing up, I wanted to be loved by my parents despite their differences. I just wanted to be loved and be taken care of. I never had that. I got me depressed. My parents breakup traumatized me”.