Bobrisky To Share Expensive Ipad At His Housewarming Party (Photo)


Male barbie, Bobrisky has revealed he's planning to share expensive iPad to guests at his party. 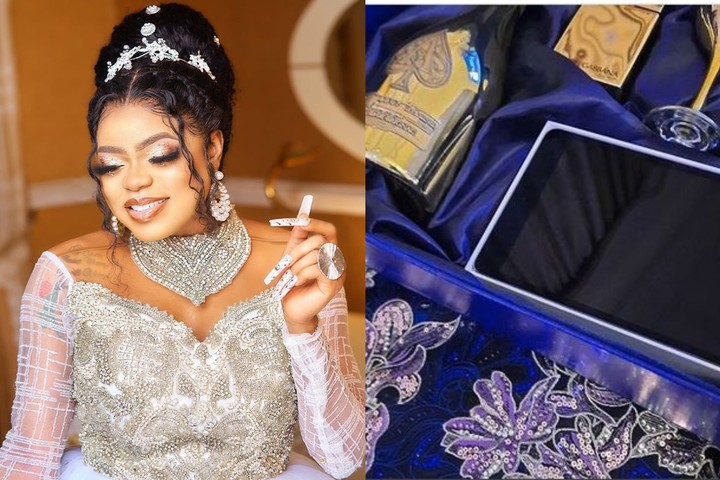 Bobrisky to share Ipad at his party
Nigerian crossdresser, Bobrisky has revealed his plan ahead of his housewarming party.
The controversial figure said he will be sharing expensive items including iPad during the housewarming party which is slated to take place on the 29th of January.
According to Bobrisky, the party is meant for billionaires.
He said the party is for those who can afford his aso ebi.
Gifts attached to the outfits include an iPad, Ace of Spade, Perfumes, and a champagne cup.
He wrote: “Your aso ebi for my house warming party comes with iPad, Ace of spade, dolce and Gabbana perfumes and champagne glass cup. Luxury party for billionaires only. Save d date JAN 29th.”
See post below: 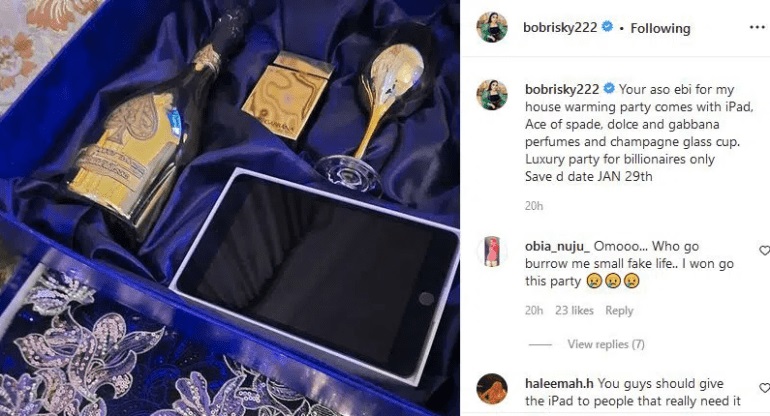