In a video shared online, a young handsome guy was receiving some severe beatings from his fiancée while her friends were present. 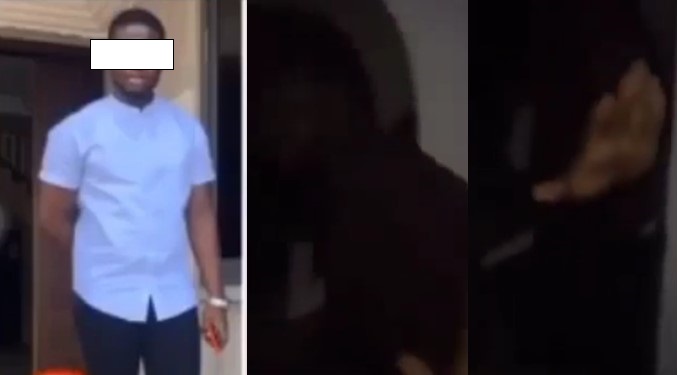 A man has been given the flogging of his life after he was reportedly caught cheating.
According to reports, the lady inflicted bodily pain on her fiancé after she caught him cheating on her with another woman.
In a video shared online, the man could be seen begging as he was flogged.
The woman beating the man could be heard saying ‘what the hell is wrong with you’ as her friends told him not to hold the cane.
Watch video below:
Top Stories