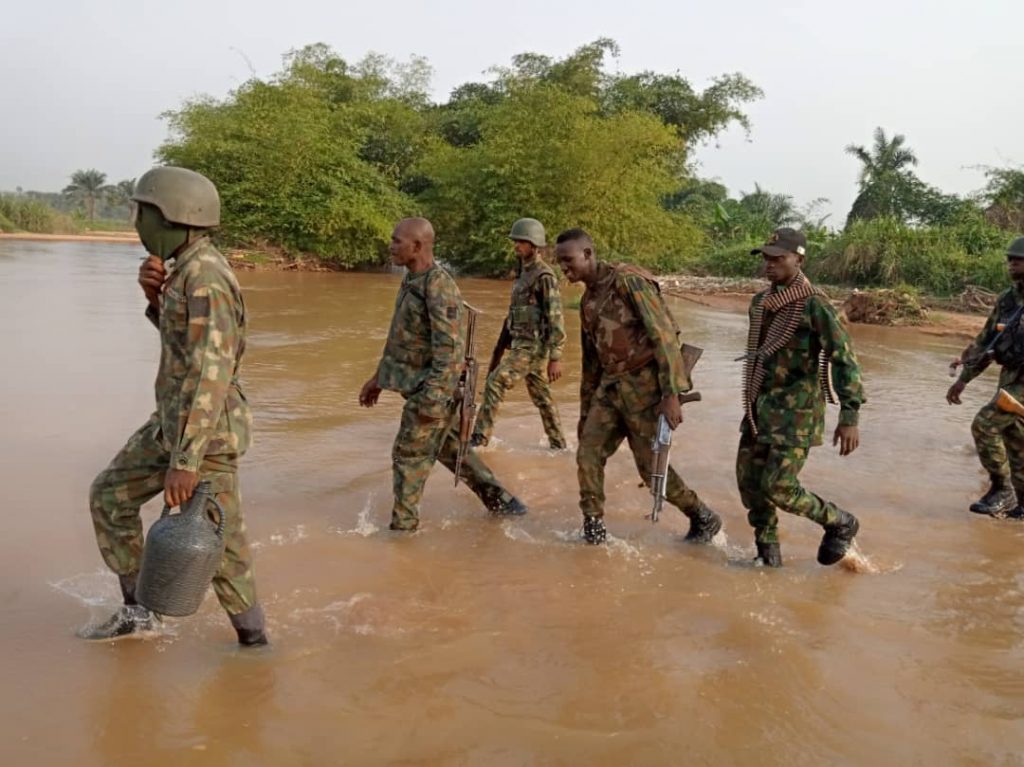 Soldiers
A leader of the Eastern Security Network and member of the Indigenous People of Biafra, Godwin Nnamdi has been arrested by Nigerian security forces.
Nnamdi, described as “notorious” was apprehended in Nkanu East Local Government Area.
A statement on Sunday by Army spokesman, Brig. Gen. Onyema Nwachukwu said the troops of 82 Division led the operation.
Nnamdi was caught during the raid at a IPOB/ESN camp located at Akpowfu Forest in Nkanu East LGA.
The joint forces engaged the dissidents in a fire fight. They took to their heels, leaving behind their wanted leader.
One AK 47 rifle, one magazine containing 21 rounds of 7. 62 mm Special, one handset among others, were recovered.
The Chief of Army Staff, Lt. Gen. Faruk Yahaya has commended the government operatives for the success.
Yahaya charged them “to comb and clear all suspected hideouts of criminal elements in their area of responsibility”.
Top Stories