What I Do Before Agreeing To Kiss In Movies — Actress, Queeneth Agbor Reveals


Actress, Agbor also stated that she finds it ‘annoying’ when celebrities fight on social media. 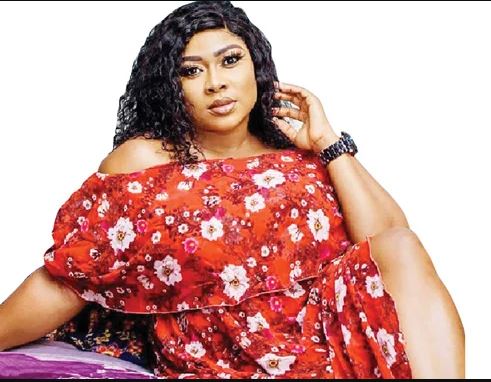 Queeneth Agbor, the Nigerian actress, has said that before she agrees to a kissing scene in a movie, certain things have to be put in place.

She told Saturday Beats, “The actor involved will determine if I will agree to a kissing scene in a movie. Having a good breath is very important to me and smelling nicely is also important.”

Asked if she had ever had a bad kissing experience while shooting a movie, she said, “An actor with bad breath actually wanted to make the kissing scene real even after we agreed to mime and it went really wrong because I couldn’t bear it. Trust me, mint couldn’t even help the situation. The director had to scrap the scene because I refused to put myself through such trauma.”

Agbor also stated that she finds it ‘annoying’ when celebrities fight on social media. She said, “I find it very stupid and annoying. Because when the going was good, I wasn’t invited. When the enjoyment goes wrong, they would want to scatter our eyes and ears with unnecessary information. Celebrities should not bring drama we won’t benefit from to social media this year.”

Dismissing New Year resolutions, the actress said, “I am not into that ‘New Year, new me’ statement. If we were fighting in 2021, it’s going to be double dose in 2022. The only focus for me is to embrace ‘New Year, more money-making ideas and improvements’. I don’t have bad habits, so there is nothing I want to drop in 2022.”