According to Kurugh, the suspect who regularly visits his step-sister, allegedly defiled her child in her sitting room after she left the baby with him to wash items she uses for her business. 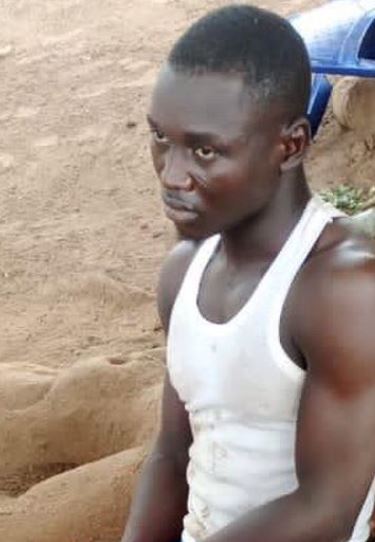 A 28-year-old man accused of having unlawful carnal knowledge of his 2-year-old niece at Okokoro road Otukpo, Benue state has been arrested by the police.

Benue activist, Ukan Kurugh said the suspect is a step-brother to the victim’s mother. He further revealed that the incident occurred on Saturday January 15.

According to Kurugh, the suspect who regularly visits his step-sister, allegedly defiled her child in her sitting room after she left the baby with him to wash items she uses for her business.

''I received a call from a lady yesterday regarding the rape of her two years old daughter by her uncle who is 28 years old. The incidence is said to have taken place at Okokoro road Otukpo on the 15/01/2021

The mother narrated to me through my informant that her step brother was a regular visitor to the house as a result her baby was fond of him.

So on this particular day, when he visited again she confidently left them in the parlor and went to wash her containers which she uses in packaging Zobo and kunu Aya for sale.

However, she had a premonition that something was wrong and decided to go inside to check her baby

On entering she saw the Man pampering the baby who was drenched in sweat.

She collected the baby from him and asked him what happened to her baby? He was silent.

She then asked her baby what was wrong and the little baby said it's her uncle that has made her bumbum to be paining her.

The baby girl has been asked severally where the uncle touched her and each time she places her hand on her private part.

A medical examination at the hospital reveals bruises and blood clots in her vagina. ( The video was also sent to me while she was crying in pain during the examination)

The suspect was apprehended by the vigilante and confessed to this offense, claiming it was his first time. (This was also recorded on video and it's posted as well).

He attempted to run away when they noticed weed (Igbo) on him and was re-arrested by the vigilante group.

However I was told by my contact person some form of negotiations/fishy dealings was ongoing around the case to settle outta the public eye. I immediately brought the matter to the attention of the no nonsense Executive Chairman of Otukpo LG, Hon. George Alli whom I know and respect for his intolerance for such cases.

Hon George Alli immediately swung into action by drawing the attention of the Police who made arrest from the hands of the vigilante guys and he has personally undertaken the matter to assist the Police in whatever way necessary for due investigation and Prosecution of this matter.

The culprit will be charged to court latest tomorrow and kept behind bars while every other process is ongoing under the watchful eyes of a dogged fighter against rape and social vices MC Kpakpakpa.'' 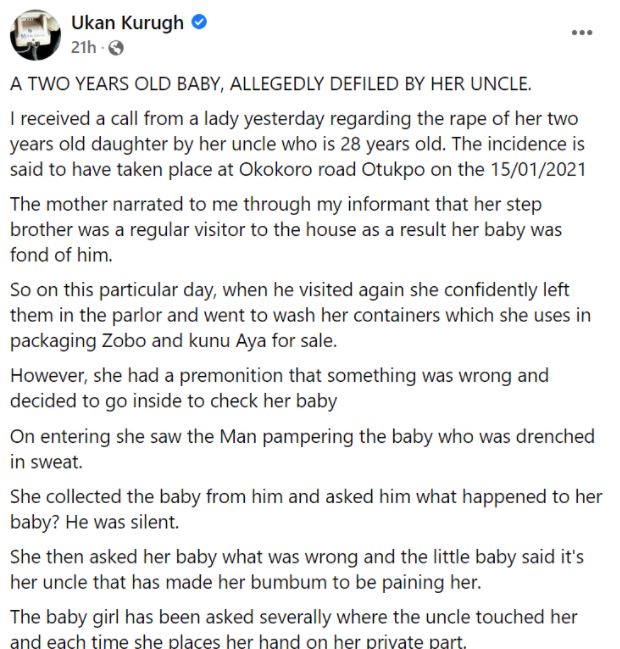