Ojudu stressed that his decision not to support Tinubu was based on personal conviction, adding that any coercion to do otherwise would not be democratic. 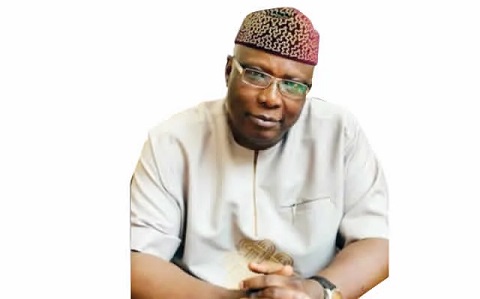 Ojudu
The Special Adviser to the President on Political Matters, Babafemi Ojudu has cried out over threats sent to him after he openly said he will not support Bola Tinubu's presidential ambition.
Tinubu is the national leader of the All Progressives Congress. He recently declared interest to contest in the 2023 presidential election.
Ojudu stressed that his decision not to support Tinubu was based on personal conviction, adding that any coercion to do otherwise would not be democratic.
In a statement on Tuesday, Ojudu, who works in the Office of the Vice President, Yemi Osinbajo (SAN), said his refusal to support the presidential aspiration of the former Lagos State governor should not portray him as a betrayer.
According to the statement titled, ‘Principled Political Choices are not Betrayal’, the presidential aide said though he had benefited from Tinubu’s kindness in the past, he was not made by the APC leader.
Ojudu wrote, “The idea that everyone who has related with Tinubu and disagrees with him on this Presidential bid is a traitor and a betrayal is puerile. Many of us, his associates, were not made by him as you also want the world to believe.
“We were already made before meeting him and in the cause of relating we gave one another a helping hand… So, on this matter of 2023 I wish him (Tinubu) well but I cannot in good conscience give him my support or cast my vote for him in the coming primary. It is my right. I am above 60 years of age for God sake. I almost died seeking this inalienable democratic rights, held up in detention and severally tortured. Your god is not my god.
“Let no one think he can browbeat or blackmail me to do what does not go with my conscience or my ideals. Enough of your phone threats and embarrassment of my family members.”
“For the irritants who have been sending threat messages to me and members of my family or calling to abuse me for not supporting Tinubu, do know that is not democracy. It is something else. I spent my youth years fighting autocracy and intolerance of the military and I am still willing and ready, even now, to stand up for what I believe, even if it will cost me my life. Enough said,” he added.
Top Stories