The actress, on her Instagram page on Tuesday, stated that those who wanted her marriage to ‘sink’ would be the ones to ‘sink’. 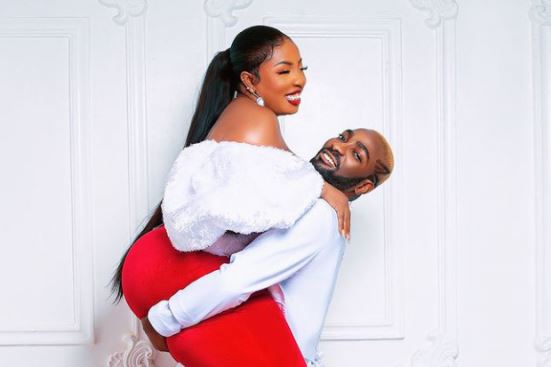 The actress, on her Instagram page on Tuesday, stated that those who wanted her marriage to ‘sink’ would be the ones to ‘sink’.

Sharing a picture of herself and her husband, Anita revealed that she met her husband on June 8, 2017 for the first time.

She revealed that she was surprised by his stage name, MC Fish, as she stated that from friendship, she had become his wife.

“And now, I’m lying in your bed. My hubby will say celeb chai and he will spank my bum anyhow. I like it. Don’t tell him.

“For you waiting for us to sink, listen, you shall sink first.”

Commenting on the post, her husband said, “Zukwanike Nkem. Try to rest. But you know what? Since that day, my life hasn’t been the same.”

MC Fish, who is also a master of ceremonies, shot into the limelight after he wedded the actress in 2020.

You Wan Use Me For Ritual? – Nkechi Blessing Reacts As Random Stranger Sends Her N1m For Enjoyment
Recent Stories