The northen group had formed a forum to pursue emergence of the President from North Central region in 2023. 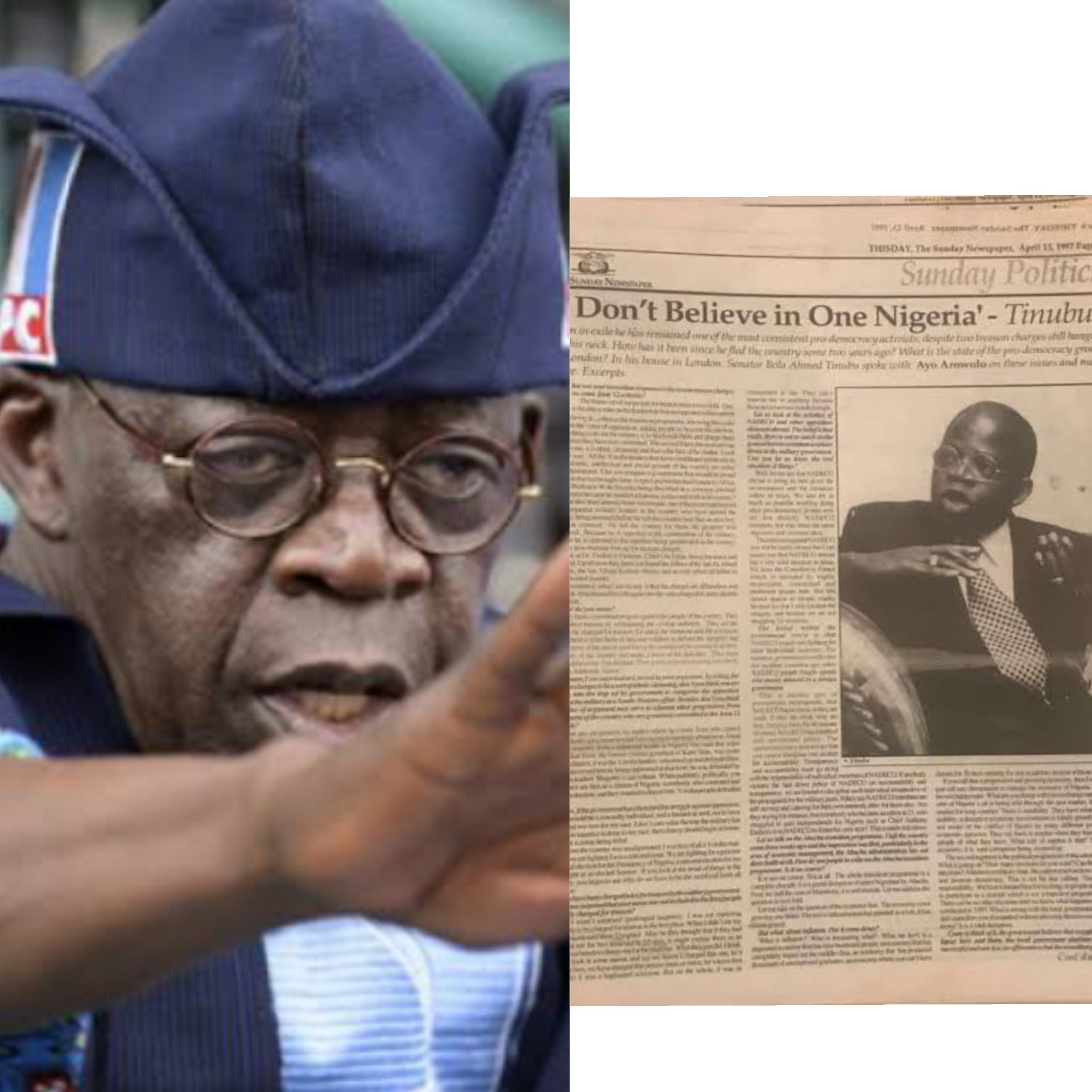 Bola Tinubu
Some members of the All Progressive Congress (APC) have demanded an apology from Bola Tinubu, the APC national leader over comments he made in 1997.
The APC members who formed a group within the party asked Tinubu to apologise to Nigerians over his comments in 1997 that he does not believe in one Nigeria.
The group who formed a forum to pursue emergence of the President from North Central region said even though,Tinubu’s comment was decades ago it is now worth revisiting since he declared his intention to run for the President of the country come 2023.
Speaking on behalf of the Foum on Monday, January 24, in Jos, Plateau State capital, Saleh Mandung Zazzaga said;
“In ThisDay publication of April 13th, 1997, Tinubu granted an interview in which he was quoted as saying, ‘I don’t believe in One Nigeria’ . And since that interview has resurfaced as a result of his presidential ambition declaration, people have began to raise eyebrow and asking damaging questions.
“So many people have been calling and mocking us (the party), saying that if Tinubu does not believe in One Nigeria, how comes he has now believe in one Nigeria to the extend that he wants to contest for the Presidency of a Nation he did not believe in.
“This has not only be agitating the people’s mind, but the members of the APC as well, and it is not good for the well being of the party as the Nation counts down to the 2023 general election. As a national leader of the party, he just have to speak to Nigerians on that issue, and that will make him a true nationalist and democrat.
“The most honourable thing for Tinubu to do is come out and appologise to Nigerians on that remarks which he made before this democratic dispensation which began in 1999. And he should as well explain the rationale of the interview to Nigerians and point out if he was misquoted or not. Whatever his explanation would be, at least it will calm down people’s nerves and save the party from being projected in a bad light.
“Such apology will not only project him as a true leader of the party or as presidential aspirant but it will prove that he his a man of honour and dignity and someone who will take responsibility for his words, deeds and actions,” he said. 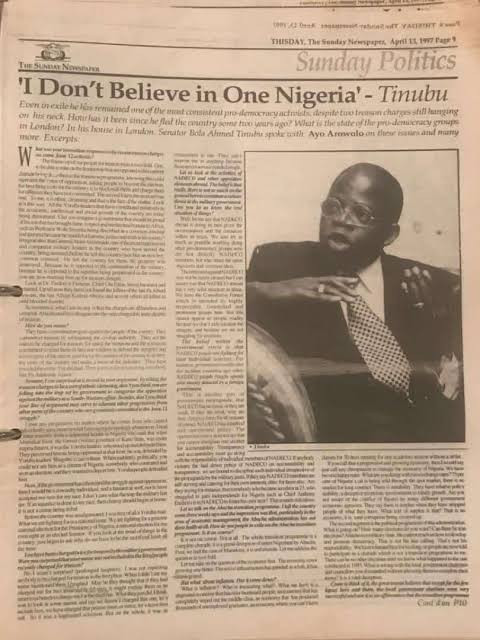