IPOB, ESN Members Are Behind My Travails — Abba Kyari


Kyari said this when he appeared before a probe panel led by Joseph Egbunike, a Deputy Inspector-General of Police (DIG) at the Force Headquarters, Abuja. 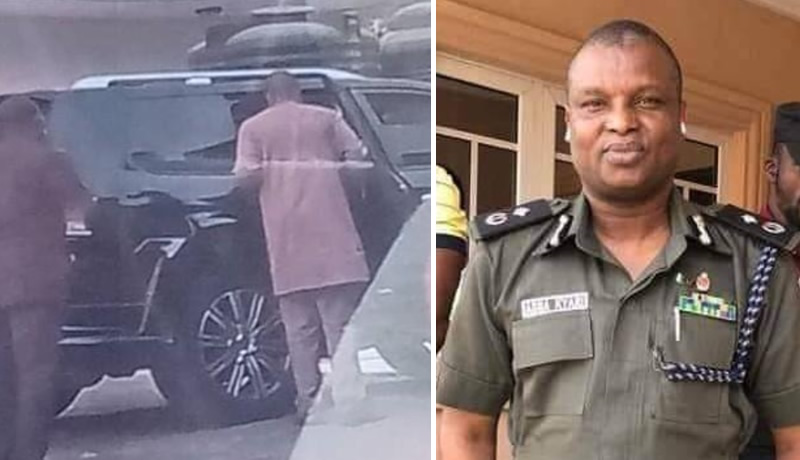 The Indigenous People of Biafra (IPOB) and Eastern Security Network (ESN) have been fingered by disgraced police officer, Abba Kyari as being responsible for his current cocaine trafficking ordeal.
According to a report by Daily Trust, Kyari said this when he appeared before a probe panel led by Joseph Egbunike, a Deputy Inspector-General of Police (DIG) at the Force Headquarters, Abuja.
In a report submitted by the panel to the Inspector-General of Police, Usman Baba, which was in turn forwarded to the Police Service Commission (PSC), Kyari said the outlawed IPOB and its armed wing were after him  due to the onslaught launched against them in the South East.
Kyari, who did not deny v!olating social media rules of the Nigeria Police Force (NPF), was berated by the panel for the fact that the officer had been warned against the same practice previously.
“It is a campaign to smear his reputation by members of IPOB/ESN who vowed to destr0y him, due to his onslaught against them in the South East,” the embattled ‘super cop’ was quoted to have said in the report.
But the panel, which faulted his claim, saying it is watery, ordered his demotion from the rank of Deputy Commissioner of Police to Assistant Commissioner of Police.
Top Stories