The accident occurred at 4:37 a.m., with the dead buried according to Islamic rites while the injured were taken to a nearby government hospital. 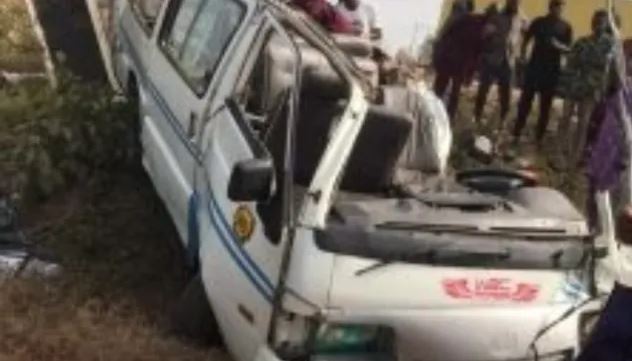 Two vehicles crashed into the Oyo State Resettlement Centre at Akinyele Local Government Area in Ibadan on Wednesday morning leading to the death of two persons and three severely wounded.

The centre, run by the Oyo State Government, houses destitutes relocated from the state’s metropolis.

In a statement, the state Commissioner for Information, Wasiu Olatubosun, said that the accident occurred at 4:37 a.m., with the dead buried according to Islamic rites while the injured were taken to a nearby government hospital.

The statement quoted Kalifat Olayiwola, the state Commissioner for Women Affairs and Social Inclusion, saying government officials rescued the injured and evacuated them to the hospital.

“When we got there, a witness told us that a trailer loaded with rice hit another vehicle as a result of brake failure.

“One vehicle rammed into the fence up to the female hostel while the other trailer collapsed on another perimeter fence.

“As I speak, the injured ones are responding to treatment in the government hospital nearby while the corpses of persons who died have been buried according to Islamic rites,” she said.