Lady In Pains After Giving Her Virginity To Boyfriend On Valentine’s Day, Only To Find Out He’s Cheating


According to her, she finally broke her virginity on Valentine’s day, but she regretted her action after seeing a conversation on her boyfriend’s phone. 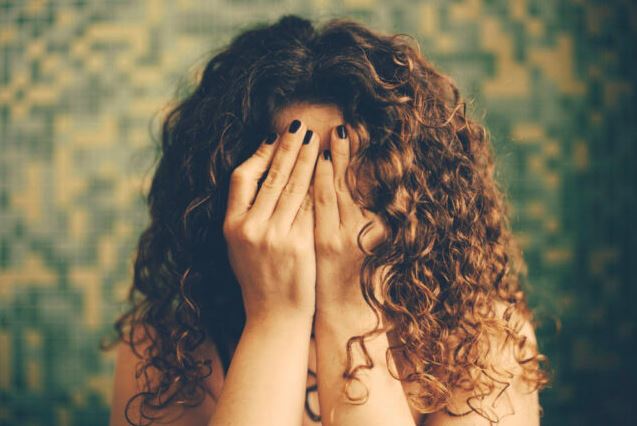 A lady has expressed regrets after she lost her virginity to her man despite wanting to keep it till she gets married.

According to her, she finally broke her virginity on Valentine’s day, but she regretted her action after seeing a conversation on her boyfriend’s phone.

Sharing her story to Instagram writer, Omowumi, she said:

“I was hell-bent on not having s*x till my wedding night. Unfortunately, I had my first s*x on Valentine’s day because my boyfriend told me that’s the only gift he would accept from me.

It was after we did it that I saw a conversation he had with his friend on how he was so excited about finally deflowering me after all my shakara.

According to his friend’s reply, I found out he was saying two other girls and they planned on sleeping together that same day. He denied everything. Including the very obvious ones. I cried sotey my eyes won commot. I wish I could collect my virginity back from him”. 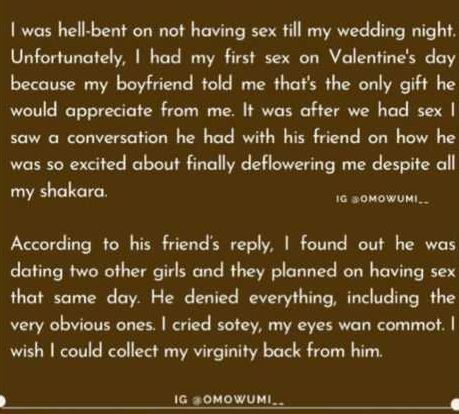