FG to Give Loans to 300,000 N-Power Beneficiaries – Minister


The N-Power scheme, one of the Social Investment Programmes (SIP) of the Muhammadu Buhari administration, involves the temporary recruitment of unemployed graduates. 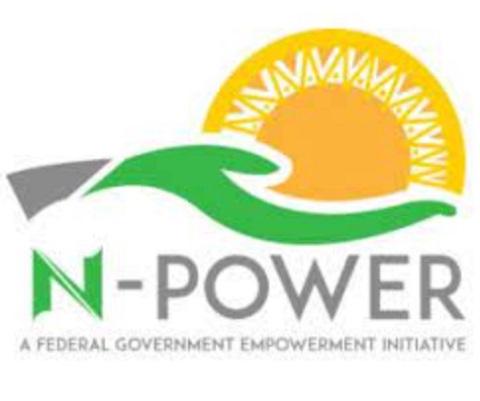 Sadiya Umar Farouq, Minister of Humanitarian Affairs, Disaster Management & Social Development has revealed that the federal government will be giving loans to 300,000 N-power beneficiaries.
She added that hundreds of thousands of unemployed graduates who are currently taking part in the N-Power scheme will also receive training from the government.
According to her, the graduates are to use the loans to start their own businesses.
She spoke on Thursday.
The N-Power scheme, one of the Social Investment Programmes (SIP) of the Muhammadu Buhari administration, involves the temporary recruitment of unemployed graduates, mainly as teachers, for two years, during which they are paid a N30,000 stipend.
Hundreds of thousands of graduates who had taken part in the scheme had complained of a lack of exit plan for them as they are simply left to rejoin the unemployment market after completing the two years of the N-Power programme.
On Thursday, Mss Farouq said an exit strategy was now in place.
The humanitarian affairs and social development minister said this at the weekly briefing organised by the Presidential Communications Team.
She said the strategy is part of the exit programme put in place for those who have successfully completed their two-year training under the N-Power scheme.
“We have an exit strategy in partnership with the Central Bank of Nigeria and out of 500, 000 beneficiaries, already about 300, 000 have indicated interest to be part of the exit programme where they can be trained in various skills of their choice, after which they will be given loans by the Central Bank of Nigeria, for them to start their businesses.
“On this, we have gone far and we are in the process of training those that indicated interest and I am sure before the end of this quarter, these people will be given these loans by the CBN,” she said.
She said the loans are being handled by the central bank because “as a ministry or government agency, we don’t give loans.”
The minister also spoke about the impact of the scheme on previous beneficiaries.
“In the batch ‘A’ and ‘B’, 500,000 people benefited on that (N-Power) programme for a period of four years and we were giving them N30,000 monthly stipend while the batch ‘B’ benefited for two years.
“These are people who were not employed; they had nothing to do but they were engaged to have a decent living.
“Some of them were wise enough to save from their monthly stipends and through that, 109,000 of them have now become entrepreneurs and employers of labour. This is a very laudable programme and people have benefitted, people are being supported and it is a continuous process,” she said.
Apart from the N-Power, the Buhari administration has other SIPs; including the school feeding programme for primary school pupils.
On Thursday, the minister explained that over nine million pupils are being fed daily across the country, leading to an increase in school enrolment.
“The National Homegrown School Feeding Programme is a programme that is all-encompassing because it helps in the economic value chain of various communities where you feed these children using the rural women to cook the food thus empowering the women, likewise the local farmers that produce the crops.
“Through this programme, we have impacted a lot of people and that runs into millions of people.”
She also spoke of the ‘successes’ of the conditional cash transfer programme which involves the direct payment of stipends to very poor households in rural communities.
“For the Conditional Cash Transfer Programme, over 1.6 million people have so far benefitted. Yes, we have lifted millions out of poverty through our programmes,” the minister explained.
Ms Farouq also denied the reports that her ministry’s intervention programmes are only for the North-east and North-west regions of the country.
“That is not true. Our ministry is for the whole country. The only agency under the ministry that is focused on the North-east is the North-East Development Commission, just like the Niger-Delta Commission.
“We send intervention to all parts of the country where it is needed. You also cited Benue State. That state cannot say that the federal government does not support them or does not give them interventions to them.
“I remember very well, even while I was in the Refugees Commission, I had cause to visit Benue State on several occasions, taking interventions to the displaced persons in that state. In fact, during one of such visits, we went with the Vice President, Professor Yemi Osinbajo. Even currently, the Refugees Commission and NEMA, they all take interventions to Benue State,” she said.
Top Stories