How Sauce Kid And I Inspired Davido, Wizkid, And Burna Boy – Teebillz Speaks


Teebillz, who was married to Nigerian singer Tiwa Savage, took to his Instagram page on Sunday to make the narration. 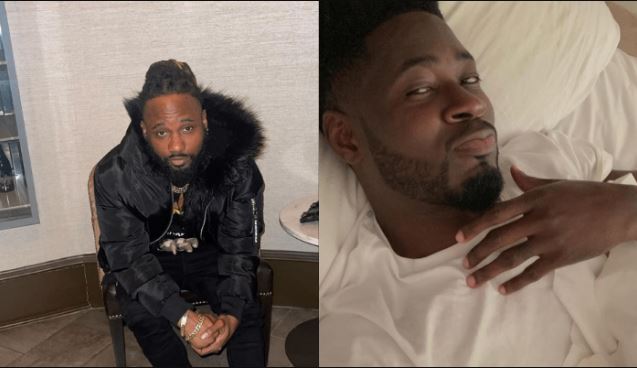 Teebillz, who was married to Nigerian singer Tiwa Savage, took to his Instagram page on Sunday to narrate how the song he made with Sauce Kid placed Nigerian hip hop music “on the map.”

In his lengthy post, he also acknowledged veteran Nigerian Disk Jockey, DJ Jimmy Jatt, who motivated him when the song, Yebariba Samboribobo, was released in 2006.

Teebillz wrote, “@djjimmyjatt, the first DJ that I played Yebariba Samboribobo for. I gave him N500,000 in 2006 to break my record!

“He rejected the money at Tantalizer, off Adeniran Ogunsaya! He told me I just created something that will put Naija hip hop on the map for life.”

According to him, his post was inspired by a documentary about the life of American rapper, Kanye West, titled Jeen-Yuhs.

“Watching Kanye’s documentary reminded me of how great I am! I’ve been on my lows and I’ve been so scared but I’m that guy that put Naija hiphop and female game on the map!” Teebillz said.

He continued, “I’m not crazy. I’m the f**king best! I’m not perfect but the truth doesn’t need any explanations! It already explained itself.

“Davido, Wizkid, Burna and all those new boys know how Sauce Kid and I influenced dem without a cap! I’m grateful they took it beyond our dreams.”

Sauce Kid, who was also known as Sinzu, teamed up with Teebillz in the early 20’s to establish a music company known as Q Beats.

Sinzu had featured Davido in his song, Carolina, in 2011 which contributed to the latter’s popularity at that time.

Sauce Kid was later signed by Davido to his DMW Record label.

In 2017, however, Sauce Kid’s music career faced a major setback as he was jailed for two years in America for stealing over $15,000.