She was said to have committed the act after Joseph Karanja gave her KSh 100 as transport back home. 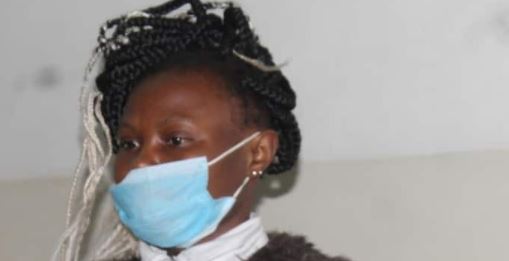 A Kenyan woman accused of biting off her boyfriend's ear during a fight over insufficient transport fare has been arraigned in court.

Zainab Ochero was said to have committed the act after Joseph Karanja gave her KSh 100 as transport back home.

She allegedly injured him at a bar where they were taking drinks at around 2am on February 21, at Kangemi, Nairobi.

The two had disagreed in an attempt to resolve their relationship issues touching on infidelity.

Mr. Karanja had reportedly called Ms Ochero to meet him at the bar in Kangemi to discuss their affair and she went but they disagreed and she left for her house in Kawangware.

He called her back hours later and she joined him again at the bar and they continued arguing over infidelity while taking drinks.

He accused her of having affairs with other men and an argument ensued as they continued imbibing drinks amid disputes.

After they were unable to agree, Ms Ochero asked Mr. Karanja to hire a bodaboda to take her home in Kawangware but he gave her Sh100.

Ms Ochero told police she insisted that Karanja hire a bodaboda rider to take her home but Karanja allegedly started insulting her.

She also told cops that she was totally drunk and only remembers waking up at Kangemi police station later the same day.

Karanja carried his ear to a hospital but his attempts to have it sewn back turned futile after doctors said a reconstruction surgery could not be done as the ear could not function.