Dele announced his decision to quit the governorship race in a statement made available to newsmen on Monday. 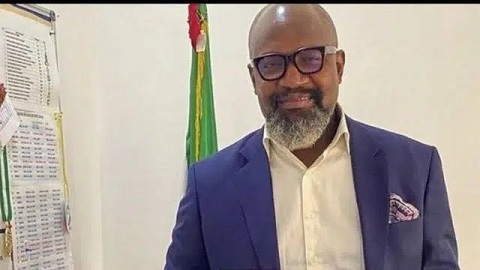 Davido's cousin, Dele Adeleke has announced his decision to quit the Osun state governorship race.
Recall that he had over the months expressed his intention to run against his uncle, Ademola Adeleke in the governorship primary of the People Democratic Party.
This didn't go down well with Davido who took to Twitter to lambast him.
Speaking in a statement on Monday, Dele said his decision to quit the race is in line with the decision of PDP leaders who have decided to harmonize forces.
He wrote, “within the school of thought that I subscribed to so that we can jointly prosecute the primary election and win. I respect this decision and believe in their capacity to lead us to victory.
“In the light of this, I have, having adequately briefed my coordinators and supporters, take the very difficult decision to withdraw from the PDP Governorship race. This is in total submission to the will of respected leaders of our party.”
A faction of the party led by Wale Ojo had called on members of the party to support Dotun Babayemi as the candidate of the party in the 2022 governorship election.
The statement released by the faction reads, “on behalf of our state party executives, BOT members, apex party leaders and the entire members of our party in the state, after a painstaking deliberation of the elders of the party and in preparation for the state congress to elect the gubernatorial candidate of our party slated to hold on 8th March 2022, it was unanimously agreed that Prince Dotun Babayemi should fly the flag of the party in the impending state congress.
“This decision is with the full backing and concurrence of other aspirants in attendance, who are also eminently qualified to occupy the exalted position.”
Top Stories