It was gathered that the incident took place at Dikwa Local Government Area of Borno State. 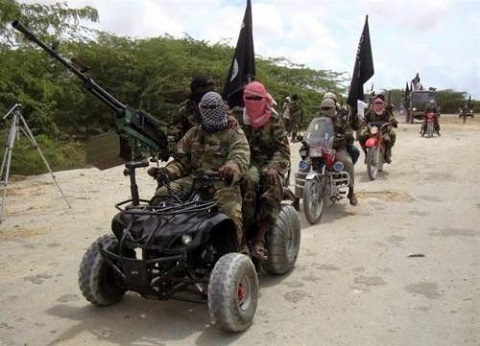 A fight between ISWAP and Boko Haram members has left at least 30 terrorists dead.
PR Nigeria revealed that the incident happened at Dikwa Local Government Area of Borno State.
The violent “fight”, which occurred last Saturday, between the slain Abubakar Shekau-led Boko Haram and their ISWAP rival, PRNigeria learnt, left many insurgents injured.
It was gathered that the ISWAP elements seized nine motorcycles from their rival fighters, in the aftermath of the bloody gun battle.
The latest confrontation was in reprisal to the killing of Abou Sadiquo Burubouru, who was ambushed and killed by Boko Haram around Gabara/Galta Hideouts, close to Mandara Mountains on February 26, 2022.
Recall that on February 9, 2022, a deadly fight ensued between ISWAP terrorists and the Bakura Buduma-led Boko Haram faction in Lake Chad, forcing Buduma to fled with serious injuries, after many of his fighters were killed.
ISWAP also declared one Mohammed Ari, a notorious “Spiritual Warfare Commander” of Boko Haram wanted, for spearheading most of the attacks against ISWAP.
Ari has led many attacks against ISWAP in Kaduna Ruwa, Tumbum Ali, Kirta, Sabon Tumbu, Kwatalo and Mardas General Area of Lake Chad basin.
Several infightings between the two factions of insurgents have led to the loss of several fighters on both sides, since the death of Abubakar Shekau.
This latest feud has triggered the migration of hundreds of Boko Haram terrorists with their families to safe heavens in neighbouring Cameroon, while a significant number of others were forced to surrender and lay down their arms to Military troops in Magumeri, Banki and Gwoza towns of Borno.
Top Stories