Coca-Cola, Pepsi and McDonald's Suspend Business In Russia Over Invasion of Ukraine


PepsiCo, Coca-Cola, McDonald’s, and Starbucks have announced the suspension of operations in Russia. 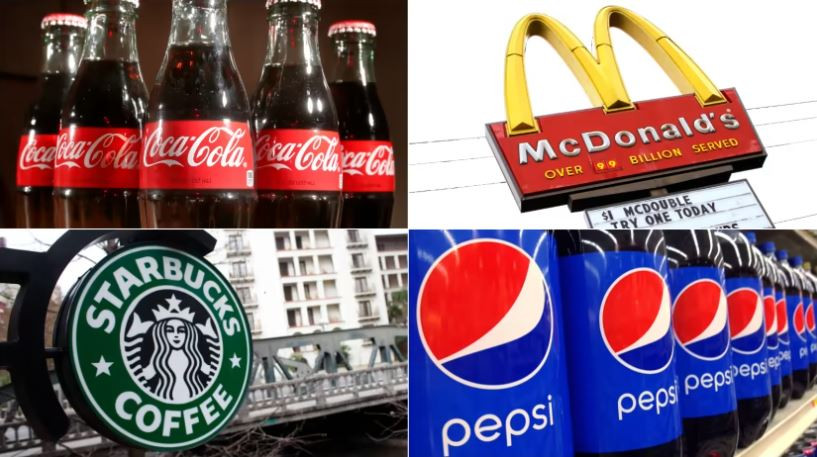 Popular brands like PepsiCo, Coca-Cola, McDonald’s, and Starbucks have left Russia.
The iconic companies said they are suspending business in Russia after that country’s invasion of Ukraine.
The decision comes after Pepsi, Coke, McDonald’s and Starbucks drew criticism for continuing to operate in Russia while other U.S. companies announced suspensions and paused sales.
Yale Professor Jeffrey Sonnenfeld had compiled and made public a list of U.S. companies that have withdrawn from Russia following President Vladimir Putin’s invasion  and those that hadn’t.
On Tuesday afternoon,  Coke said in a brief statement: “Our hearts are with the people who are enduring unconscionable effects from these tragic events in Ukraine. “We will continue to monitor and assess the situation as circumstances evolve.”
Pepsi, on the other hand, said it will suspend Russian sales of its Pepsi-Cola, 7UP and Mirinda brands, along with capital investments and all advertising and promotional activities.
“As a food and beverage company, now more than ever we must stay true to the humanitarian aspect of our business,” Pepsi CEO Ramon Laguarta wrote in a memo to employees viewed by CNBC.
McDonald’s also announced on Tuesday all 850 of its Russian restaurants would temporarily close. Until then, the fast food chain had stayed silent on the war, drawing stronger criticism than the handful of restaurant companies that condemned the invasion but kept their locations open.
Top Stories