Men Are Like Babies, Pamper Them – Veterans Tell Nigerian Women


She admonished women to treat their spouses with regard in order to get them to support their aspirations. 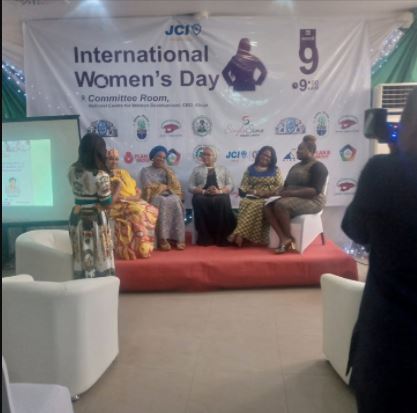 Daily Post reports that Nigerian women have been enjoined to always lobby the male folks by pampering them.

This formed discussion at a special day organized by Junior Chamber International (JCI), Abuja Unity, in partnership with the Nigerian Women Development Centre, on Wednesday, to commemorate the 2022 International Women’s Day (IWD).

Hammering on the theme of the event, “Achieving Gender Equality in Politics Through Active and Sustainable Framework”, the guest speaker, Senator Grace Folashade Bent, a former lawmaker from Adamawa State, said women could achieve gender equality in politics through lobbying.

She admonished women to treat their spouses with regard in order to get them to support their aspirations.

“The man is the head, the woman is the neck. The neck controls the head, but if you turn the neck by force, it becomes a problem. This is why you need to treat your husband with respect. Men are like babies. Pamper them and they will support your aspirations.

“One of the advantages that women have over men is that they are more emotional. As a woman, you can even lobby by crying. You can lobby with everything. But, never use your body to lobby, because it will eventually lead to your downfall”, she said.

On her part, former House of Representatives member from Benue State and one of the guest speakers at the event, Hon. Mrs. Ada-Mark Ogbole, bemoaned the negative stereotyping of women in the society which she said constitutes barriers for women’s involvement in politics.

Speaking from her experience, she said: “30 years ago, I was elected as a House of Representatives member from Benue State. I was 26 years old. Just a few days ago, I turned 56. So, I’m going to be speaking to you about my experience more than just an academic exercise.

“I discovered that 30 years ago, the barriers that I had to go through to get elected are still barriers that women are facing today.”

In a similar vein, veteran broadcaster, Eugenia Abuh, who was also a guest speaker at the event, lamented the marginalization of women in the society.

She said it was sad that the issue of gender equality was yet to be achieved despite years of advocacy.

“It is sad that we are still talking about the same thing (marginalization of women). I’ve been active in women and development, women and communication for several years, and we still hear it. In Saudi Arabia, women only just started being able to drive without a male companion,” she lamented.

Earlier in her remarks, the President of JCI Abuja Unity, JCIN Amb. Salamatu Yar’adua, said it was a shame that women were only just beginning to rise in political participation.

She admonished women to support their fellow women.

“It is a shame that we are only getting to this point now. But, at least we are getting there through collective, daily efforts. As we journey further into exploring better ways to include women in decision making, we hope that women will continue to support women, and men will continue to support women for a future where political, social capabilities will not be determined by gender only, but by merit and purposes,” she added.