Debo Ologunagba, PDP’s National Publicity Secretary, stated that the PDP will carry every part of the country along and make sure everyone has a sense of belonging. 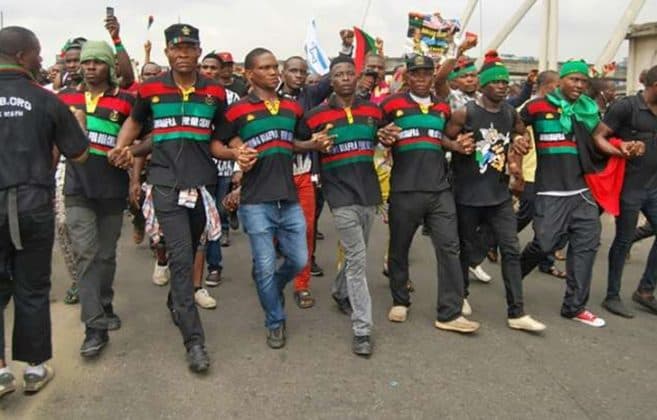 The Peoples Democratic Party, PDP has revealed its plans for the Indigenous People of Biafra.
Speaking on Tuesday through, Debo Ologunagba, PDP’s National Publicity Secretary, the Party stated that the PDP will carry every part of the country along and make sure everyone has a sense of belonging.
When questioned on how PDP intends to resolve IPOB’s Biafra agitation if the party returns to power in 2023, he explained that PDP is a party that entertains people from different ethnicity and does not condone any form of bias. Therefore, he said that the party plans to give IPOB a sense of belonging.
According to him: “PDP is a party that believes in the unity and cohesiveness of every part of this country, and for you to solve the issue of insecurity, you must give every part of this country a sense of belonging. When there is that sense of belonging, every agitation and concern will succumb because we have a common goal.
“So, because the Peoples Democratic Party, like its name connotes is actually of the people and we are talking about “peoples” from different backgrounds, religions, and cultures would come together in unity to form a nation.
“When you have that unity, you can be assured that every part of the country would be interested in the success of the whole, and that is what PDP has been doing in the past.
“Do you know that this party was in the forefront to rescue the country from dictatorship? It was founded on the principles that we as a people must be able to govern ourselves via democracy.
“And in a democracy, what you look for is based on consensus, and when it’s based on consensus, you reconcile your differences amicably, and that way, you can have a nation.”
Top Stories