He was arrested when he came to the Lagos Command of the Commission posing as a lawyer to secure the bail of a suspected fraudster who was in the Commission’s custody. 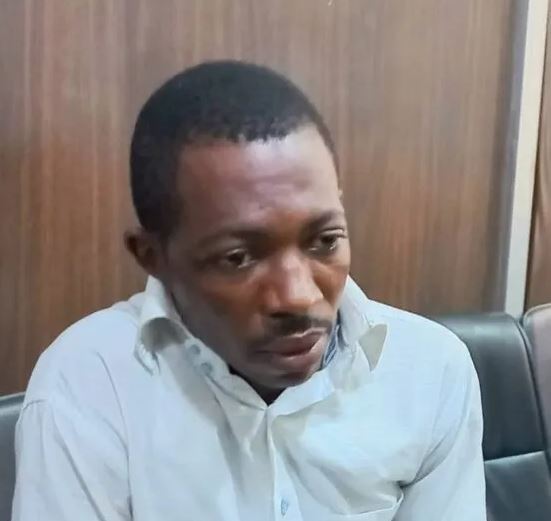 A fake lawyer identified as Emmanuel Adekeye Adekola has been arraigned before Justice Sherifat Solebo of a Special Offences Court sitting in Ikeja, Lagos for impersonation.

Operatives of the EFCC had on January 11, 2022 arrested him when he came to the Lagos Command of the Commission posing as a lawyer to secure the bail of a suspected fraudster who was in the Commission’s custody.

Nemesis caught up with him, when investigators dug in further to verify the documents he tendered to secure the bail.

A search at his residence unearthed several forged documents dating back to 2005, including forged Lagos State University and Kwara State College of Education documents.

He had claimed to be the owner of “A.A. Emmanuel & Co. Chambers”, which he had been using to perpetrate fraud until his arrest.

Following conclusion of investigations, he was charged with an amended one count.

He chose not to waste the time of the Court as he pleaded “guilty” to the charge.

Thereafter, Justice Solebo sentenced him to 12 months in prison without an option of fine

He was also ordered to, upon completion of the jail-term, report to the EFCC where he should sign an undertaking to be of good behaviour and never to present himself as a lawyer again.