Revealed! You Won't Believe How Much Nigeria Lost To Oil Thieves In Just 14 Months


This was made known by the Nigerian Upstream Petroleum Regulatory Commission (NUPRC) in a presentation at a stakeholders’ engagement on oil theft in Abuja on Wednesday. 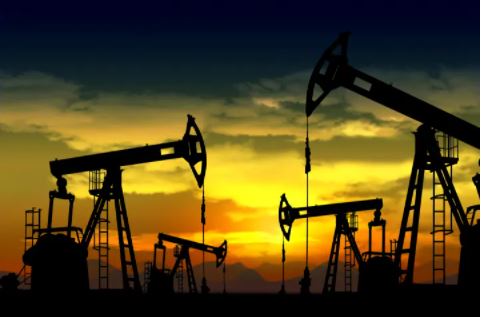 According to SaharaReporters, the Federal Government lamented on Thursday that in just 14 months, Nigeria has lost about $3.27 billion (N1.3 trillion) worth of oil to crude oil theft and vandalism in the Niger Delta.

The government expressed worry over the increasing cases of oil theft which had become a threat to the country’s corporate and economic existence amid talks of transporting crude oil from fields to export terminals by trucks.

This was made known by the Nigerian Upstream Petroleum Regulatory Commission (NUPRC) in a presentation at a stakeholders’ engagement on oil theft in Abuja on Wednesday.

The commission said the high level of theft was responsible for Nigeria’s continuing failure to meet its 1.8 million barrels per day oil production quota set by the Organisation of the Petroleum Exporting Countries (OPEC).

The Chief Executive of NUPRC, Gbenga Komolafe, however said the government was determined to end the menace so that the country can benefit from the rising price of oil and also to protect the environment from oil spills.

He further noted that it was important for the government and the oil companies’ to work together to resolve the issue especially on the agreed volume of oil lost to vandals as the issues strike at the heart of Federation revenue.

“You will recall that in the last one week we have set up a crack team for us to determine the accurate figure because as a government we cannot continue to act on the basis of an abstract or inaccurate figure in dealing with an important issue as crude oil theft because the issue goes to the heart of Federation revenue.”

He noted that “the concern of the government is to increase our national oil production. Basically, we are an oil economy and when the upstream is sick it affects the wellbeing and the health of the country.

“The situation that is happening in the upstream is getting to the level of threat to the existence and wellbeing of Nigeria. As a responsible regulator we are very concerned about it.

“We have been doing a lot and we are not relenting. We will do everything possible to increase oil production in a manner that will make the nation benefit from the upward swing in the international price of crude oil.”